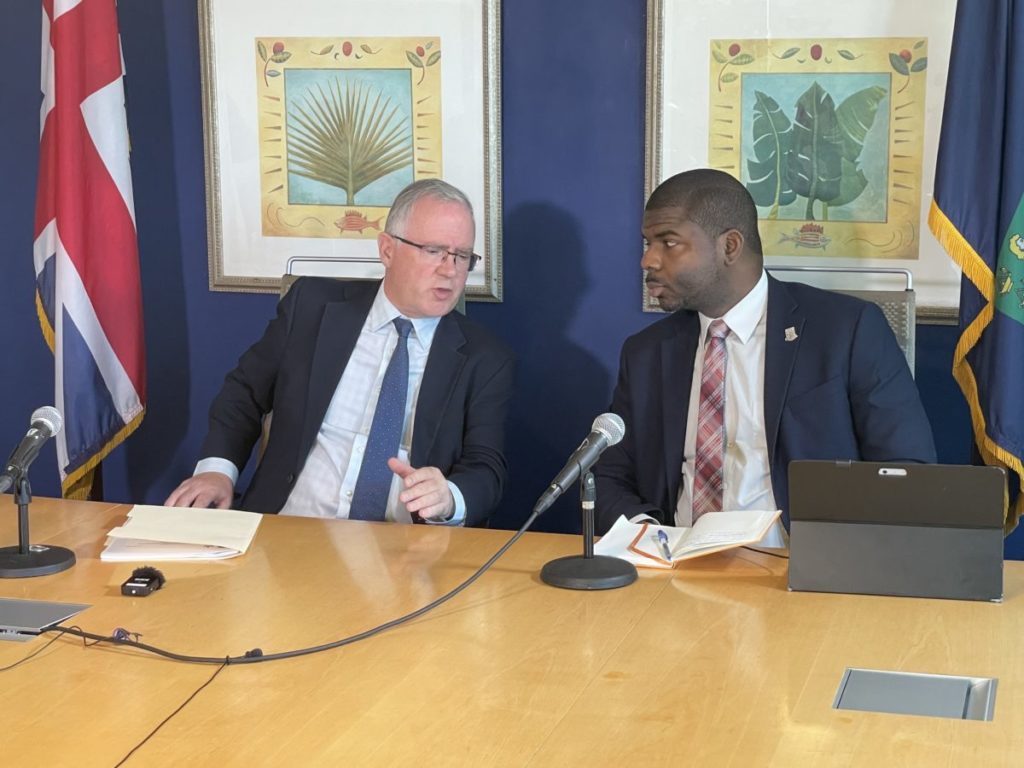 No further discussions on ROI Act between gov’t and Governor

Premier Dr Natalio Wheatley has suggested that there have been no new developments since the Register of Interests (ROI) Act’s passage in the House of Assembly (HOA) weeks ago.
Dr Wheatley was at the time responding to questions from the media about whether he had spoken with Governor John Rankin since the Act was passed in the HOA.

The ROI is in essence a record kept of the financial interests of legislators. Its purpose is to give them the mechanism to publicly declare any private interests which may conflict or may be perceived to conflict with their public duties.

“The governor hasn’t written to me formally on his views on the Register of Interests Act. Of course, last press conference he did mention that he had some concerns about it but we haven’t had any further discussion about it since then,” Premier Wheatley told reporters.

Legislators initially moved to extraordinarily rush the whole bill through the HOA in one sitting, but later returned with an amended version after receiving swift and significant opposition from some legislators and members of the public sector who were now expected to also be covered by the new Act’s provisions. That new version of the Act was then passed through the HOA with little if any resistance.

Governor Rankin subsequently expressed some reservations about the Act passing given that the amended version varied significantly from the initial bill that was put forward by House members.

He said the bill, which went to the HOA was intended to increase transparency and accountability to ensure that members of the House complete their entries and ensure that the register is fully accessible to the public.

However, weeks after its passage, the Governor said he had only just received the amendments and noted that he would need to study them in detail to determine their impact.

He added at the time: “I am concerned that the effect of the amendments is to significantly restrict public access to the Register. If so, that would run counter to the new culture of transparency and accountability towards which we are working following the Commission of Inquiry, in line with the commitments made in the framework document. The Bill has not yet formally come to me for assent and I will need to consider its wording carefully.”

The ROI Act was revised based on a recommendation from the Commission of Inquiry (COI) report which showed that legislators in large part were non-compliant with the requirements of the legislation and in many instances, never bothered to register their interests despite desperate and repeated pleas from the Registrar of Interests to do so.
#Commission of Inquiry  #John Rankin  #CoI