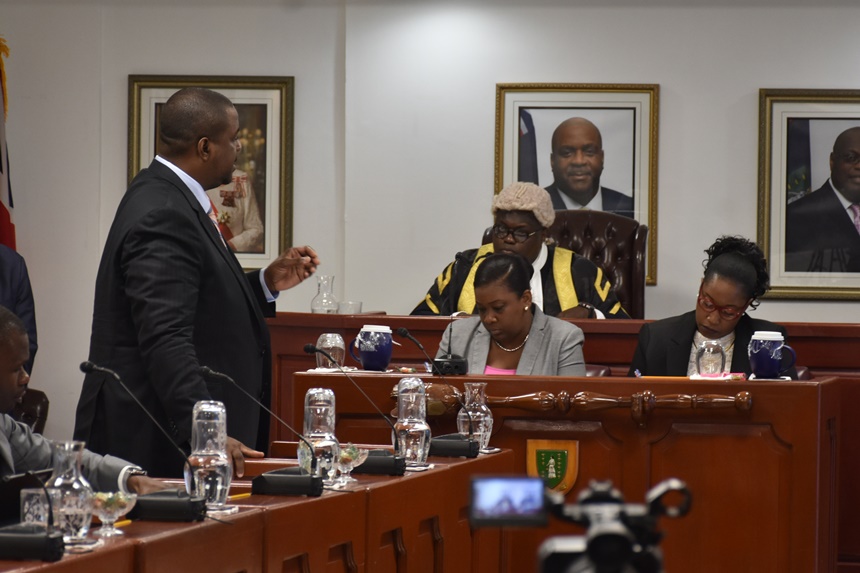 While disregarding concerns raised about inappropriate timing, Premier Andrew Fahie has debunked suggestions that there is any impropriety in his administration’s move to make adjustments to the retirement package for legislators who have served in the House of Assembly.

Drawing a reference to the recent legislative adjustment for the retirement packages of judges, Premier Fahie said that news drew little media attention.

“[But] the minute the politicians or elected officials’ retirement adjustment hits, then it’s that they’re taking care of themselves – it’s that they don’t care about people,” Fahie stated.

The basic salary for all elected officials who don’t have ministerial portfolios, he disclosed, is set at a paltry $36,000 per annum. Fahie expressed that this is likely less than the salary of a junior member of the public service.

He further said the salary of serving ministers is roughly double the amount being earned by backbenchers and opposition members.

According to the Premier, the additional allowances legislators receive help to supplement their base salary which he said is heavily taxed.

Fahie said the current retirement benefits do not take allowances into consideration and this is what the Retiring Allowances (Legislative Services) Amendment Act, 2021 intends to largely address.

Some retired legislators get less than $1,000 monthly

The Premier disclosed that some retired legislators are left to survive on as little as $900 per month — before taxes are deducted — and this was unreasonable after the dedicated services they had given.

“When you have persons serving for so many years and then they leave the position and you put them out there with nothing, basically, they become less off than before they went in or when they went in,” Premier Fahie said.

He added that the situation is compounded by legislators’ inability to bid on contracts or seek alternative sources of income while in office due to integrity and conflict-of-interest concerns.

No impact on the coffers today

The Premier further reassured persons that the legislative amendment will only affect retired legislators and should not impact persons now.

“This is not money coming out of the coffers right now at all,” Premier Fahie said. “This is just legislation that has been amended for anyone who retires and also for the few that are still living to make some adjustments for them.”

He said if persons had concerns about the legislative amendment, they should, “just make sure we (sitting legislators) continue to win so that [monies] don’t’ have to be paid out.”

According to the Premier, the issue — like many others — has been continuously kicked down the proverbial road for years.

He further said other administrations neglected to address it because they fear voters retaliate during a General Election. Fahie said his government has chosen to address the matter “to get it right for them once and for all”.