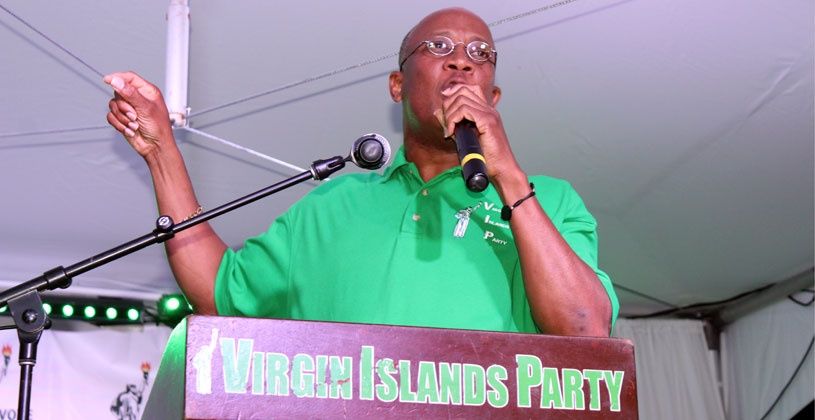 No Plans For Independence, No Vote

Government Consultant Mr. Claude Skelton -Cline said political parties seeking his support and vote in the upcoming General Election would have to be clear on their position of independence for the British Virgin Islands.
Mr. Skelton-Cline has backed both major political parties. He campaigned heavily for now ruling Virgin Islands Party (VIP) in the lead up to the 2019 polls and he was previously a candidate on the National Democratic Party (NDP) ticket.

Addressing the issue during his Honestly Speaking Radio Programme on Tuesday, August 17, 2021, he said the people of the territory are going to have to decide how they are going to go about choosing people to sit in the House of Assembly other than the way it has been done in the past.

“In the 2023 election, and coming up to that, there is going to be a litmus test that I have; anybody who is running for office and is looking for my support is going to have to declare their position on the matter of independence, and I am not going to let them get away with saying “Of course! We are going to become independent”; no,” he declared.

He continued: “I want to hear a vision, crafted, communicated and cast to the wider population about your position on the matter of these Virgin Islands in short order becoming the final arbiters of their faith and the complete work of decolonization has ended. I want to hear that from every candidate else I am not lending you my ear, much less my heart and certainly not my vote; that’s what I am going to be looking for.”

The Talk Show Host also had a second request.

“The second thing is, anybody who comes before you, whether as a district candidate or as an at-large candidate or as a party, needs to have a vision that they can clearly articulate, concretely, not no pie in the sky notion; concisely and clearly. You can’t lead people if you don’t have a vision and you can’t lead people you don’t love, and I wanna know, where’s your vision, what is your position on independence and how do you really feel about people?” he stated.

Notably, Premier and Minister for Finance Hon. Andrew Fahie has been one of the most vocal leaders on the push for self-reliance/self-determination for the territory.

He has said publicly that on the journey towards that goal, “which must come one of these days, every step we make, every thought we think, everything that we do must reflect that we are moving towards that level because the future is coming whether you want it or not, you have a determination to be prepared for when the future comes because if not the future will prepare for you and usually that kind of preparation is not good.”

Deputy Premier Dr. Natalio Wheatley has also sought for the public’s support for the Premier as he pushes back against colonialism.

“Sometimes we get fearful when we speak about not being under this colonial system anymore and when you have a leader who is willing to stand up and fight against it, give him some backup," Dr. Wheatley said during a public event on February 7 this year.

He added, "even though we might disagree with the Premier on one or two issues here, don’t take it for granted that you have a leader of a territory who is not afraid to stand up for the people and not assert our rights as people because you and I know that this thing called colonialism is not right. It’s not human. It’s not what should be promoted."
#Fahie