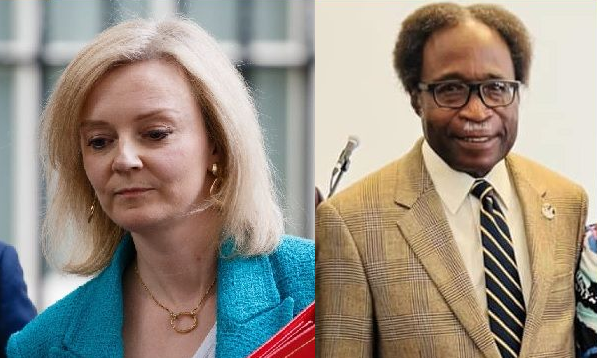 ‘No Truss, No Order’ in Council- Hon Fraser

With Mary Elizabeth Truss’ dismal performance in leadership, which has led to her premature resignation as Prime Minister of the United Kingdom (UK), Opposition Leader Hon Julian Fraser RA (R3) has noted that Truss also got it wrong when she put the Order in Council to suspend the Virgin Islands (VI) constitution and impose direct rule.

“No longer Prime Minister of the UK… in only 45 days, what does that tell us! …. she is wrong now.. and she was wrong then…” Hon Fraser commented on his Facebook page today, October 20, 2022.

“What has Liz Truss done in those 45 days as UK Prime Minister?” Hon Fraser asked, adding that she “buried Her Majesty, buried her Exchequer, buried her-self and buried the Pound almost.”

According to Hon Fraser., “this is all the proof we need that she was wrong about the Order.”

Truss had faced calls to quit over the disastrous fallout from her mini-budget, with pressure ramping up ever since following a series of screeching U-turns that turned her party against her. 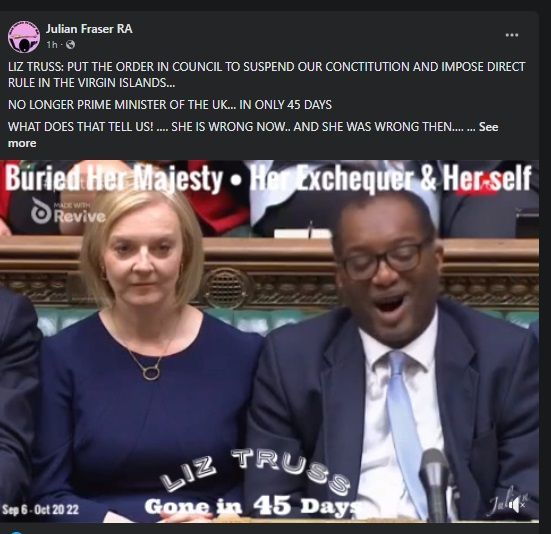 VI to seek removal of Order

Meanwhile, the Unity Government of Premier Dr the Honourable Natalio D. Wheatley (R7) will be seeking to have the Order in Council removed when a delegation led by the Premier travels to London next month.

“This form of pressure can weaken democratic governance and is an obstacle to building a new genuine modern partnership between the UK and BVI that is based on trust and supports the aspirations of the people of the Territory,” Special Envoy of the Premier Mr E. Benito Wheatley informed in a statement at the 77th Session of the UN General Assembly: Fourth Committee (Special Political and Decolonisation) in New York City on October 6, 2022.

Mr Wheatley also told the UN there should also be sensitivity about the feelings of the Commonwealth Caribbean on this issue in terms of the colonial past.