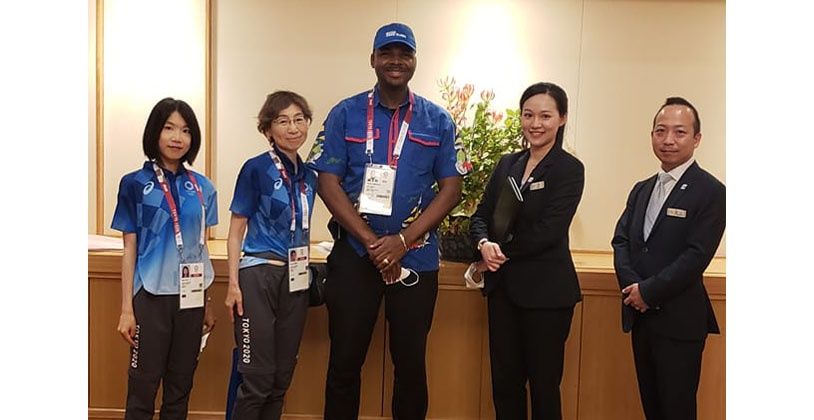 “I have to say I am disappointment I see that the leader of the opposition is going to ask me a question about how much the trip cost to Tokyo. Playing into this narrative that the trip wasn’t necessary, or the money could have been better spent some place else,” he said in the House of Assembly on September 9.

He said this is an attempt to mislead the people.

“We are so committed to playing politics that we mislead the people and cause people not to trust people who call themselves politicians,” he stated.

“Because the previous administration under the NDP sent persons to Olympics and Commonwealth games, persons traveled there, money had to be spent for them to get to these games. I am saying let us stop playing games with our people, let us stop confusing their heads with nonsense,” he stated.

The Sports Minister said he took the same route as the BVI Olympic Committee President Mr Ephraim Penn, who is also the father of the opposition leader, Hon. Marlon Penn.

Hon. Wheatley said the trip was rigorous, but he did it to show support for the athletes.

“A long rigorous journey, it took me two days to reach to Japan. And I was only staying in Japan for two or three days. I got there the day before the athletes competed and leaving two days after the athletes competed. And I did all of that, took that long rigorous journey just to be able to witness the Virgin Islands get its first Olympic medal,” he said.

He said unfortunately the BVI fell short of an Olympic medal, but the athletes made the BVI proud with their performances.

Meanwhile, Minister Wheatley said he was invited by the BVIOC and President Penn.

The minister further stated, “I agreed completely that it was only fitting that there be some representative of government at these Olympics game to be able to properly recognize the accomplishments.”