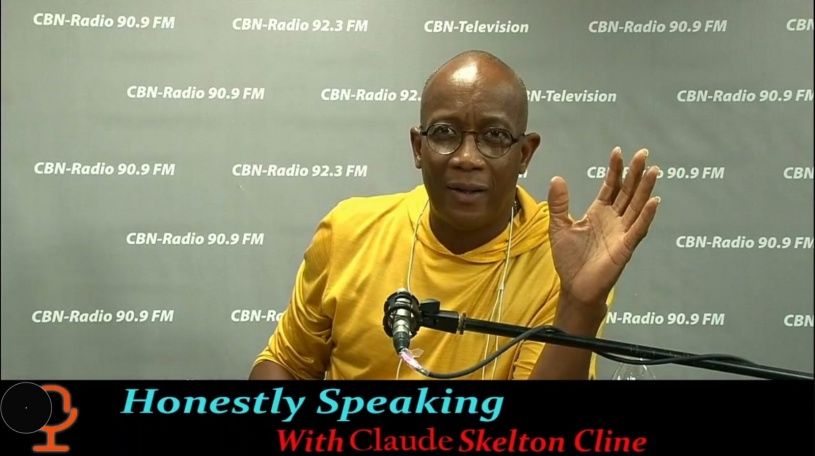 Not By Prayer Alone! Gov't Consultant Questions Why 'Radar Barges' Not Back

Government consultant and host of the Honestly Speaking Radio Programme, Mr. Claude Skelton Cline, has called for heightened protection of the territory’s borders with the reintroduction of the barges as radar platforms along with law enforcement patrolling the high seas.

Skelton-Cline’s comments were made in the face of the continuous upsurge in COVID-19 cases and deaths being experienced in the British Virgin Islands at this time.

“Why is it that we do not have barges back in the water? Why is it that the Joint Agency Task Force (JTF) is not functioning at the optimal level that it was intended to function so that these borders can be protected, lives and livelihoods can be protected until we get our heads and hands around what’s taking place in this country? Why are we so afraid of our own shadow that we cannot speak truth to power and speak soberly about things that are challenging us?” he questioned during his show yesterday.

He continued: “You would think that by not addressing these things, by not attending to them that somehow it going to go away and if we pray God is just going to supernaturally just make it disappear? This is not how the Lord works! We have to do our part in partnering with God to set this country on the right path.”

Cline's comments come at a time when the Government is having a 21-day prayer and fast for God’s intervention on the COVID-19 situation.

The barges in question created quite a stir when it was revealed that the government was paying the local company roughly $360,000 for one month to utilize two of its radar platforms to protect the territory’s borders.

The outspoken clergyman then called on the National Security Council, the head of Customs Mr. Wade Smith and Mr. Ian Penn, the Chief Immigration Officer, to “get together present the facts as you know them, and come to these people of the Virgin Islands with some decision about what’s being done about the protection of these porous borders.”

“The last time we had a flare-up, the source led to this (human smuggling); again, I have not heard definitively yet the source of this most current flare-up, but law enforcement we need to know. Health Services Authority needs to push law enforcement to tell us they suspect where this all start; an official statement needs to be made if it had not been made already, but I have not heard one so that we know what we dealing with. Cut this thing off at its source! These borders need to remain protected,” he added.

Skelton-Cline also pointed to the previous Governor Augustus Jaspert when he snubbed a decision by Premier Andrew Fahie for the BVI to handle its own border security by requesting the UK’s Navy ship to come to conduct border patrols.

He said since the UK backed Commission of Inquiry commenced, it appears to have paralyzed the territory.