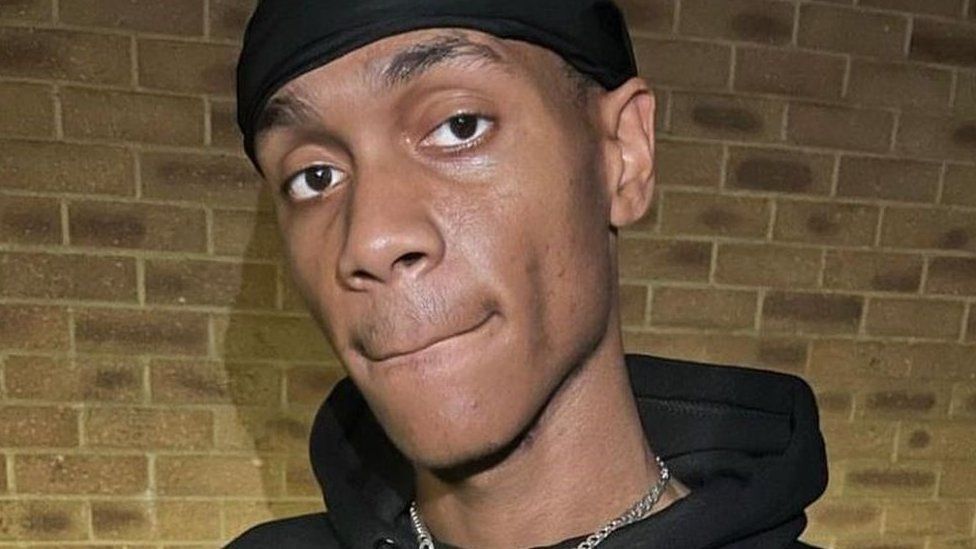 A 21-year-old who died after being stabbed at Notting Hill Carnival has been named as rapper Takayo Nembhard.

Mr Nembhard, known as TKorStretch, from Bristol, was attacked in Ladbroke Grove at about 20:00 BST on Monday.

Police had to pull him out of a huge crowd and provide emergency first aid. He later died in a west London hospital.

The fatal attack was one of seven reported stabbings at the event on Monday evening.

The other six resulted in non-fatal injuries.

Oshian Edwards, who said that she was his partner and expecting his baby, paid tribute on Instagram, writing: "Takayo my sweet beautiful boy, all I can ask is why over and over again.

You was the most kind hearted, loving, funny and caring person."

Alongside photos of the couple on Instagram, she posted that their son kicked as she said her last goodbyes to him.

"I'm sat here with sore eyes and a heavy heart as I've cried consistently for the last 12 hours while carrying your unborn son," she said.

"I will remind him daily about how great you were as a son, brother, boyfriend and friend too!

"...I held your hand yesterday for the last time as you led there lifeless and baby T kicked me straight away and it broke me."

His manager, Chris Patrick, said TK - as he was known - was visiting the carnival with his sister and friends.

He said the rapper had spent a lot of time in London but lived with his parents in Bristol, and that his family were "devastated".

Mr Nembhard had also been a footballer, and was part of the Bristol Rovers Academy until he was 16.

"He was talented in many areas, so when the football ended he picked up the music and started recording himself," said Mr Patrick.

"He and his dad came to London and I met him and thought he was a good, really respectful, kid.

"I managed him for over two years. Big labels were interested. He worked incredibly hard on his social media and tried to do what is right for himself and his baby that is soon to come.

"His family is devastated".

TKorStretch had nearly 11,000 monthly listeners on Spotify, with one of his songs having more than 300,000 streams. His YouTube videos have been viewed more than a million times. 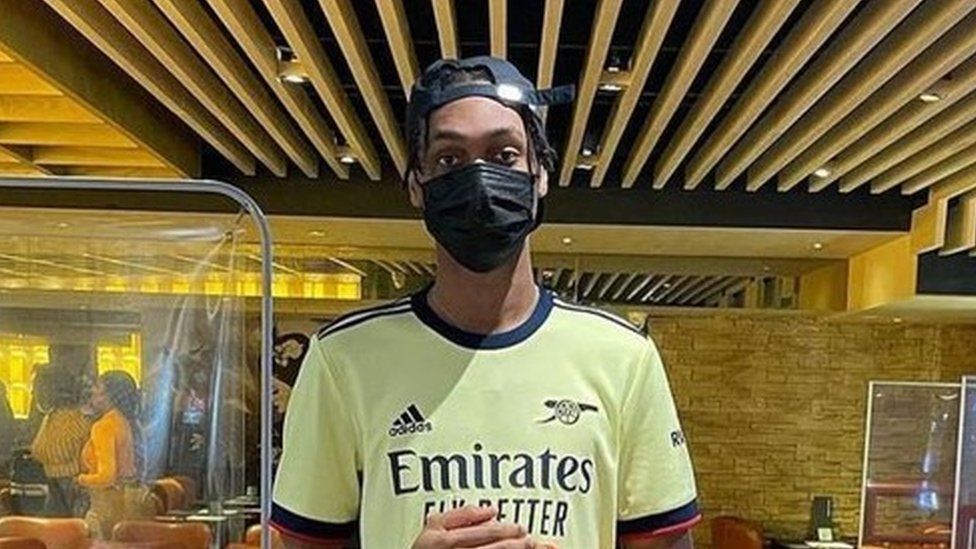 Mr Nembhard was expecting a child with his girlfriend

"For the short time I worked with him, all I can say is that he was a respectful young man with manners.

"All he wanted to do is make music and make it his career so that he could take care of his family. You were a star in the making. Rest in Peace Young blood."

The Metropolitan Police has begun a murder investigation and said hundreds of people were in the immediate vicinity under the Westway flyover at the time.

Cdr Alison Heydari said: "The atmosphere over the past two days has been largely positive and good natured as Carnival should be.

"Regrettably, on Monday evening we saw a number of violent incidents and a 21-year-old man has lost his life.

"Our thoughts are with his family as they come to terms with their terrible loss."

She said homicide detectives would pursue every possible line of inquiry to identify those responsible and bring them to justice.

"There were hundreds of people in the immediate vicinity when this incident took place," she added.

"I would urge anyone who saw anything, who has video footage or who has any other information that could assist officers, to come forward."

Mr Nembhard's next of kin were being supported by specialist officers, the force added. 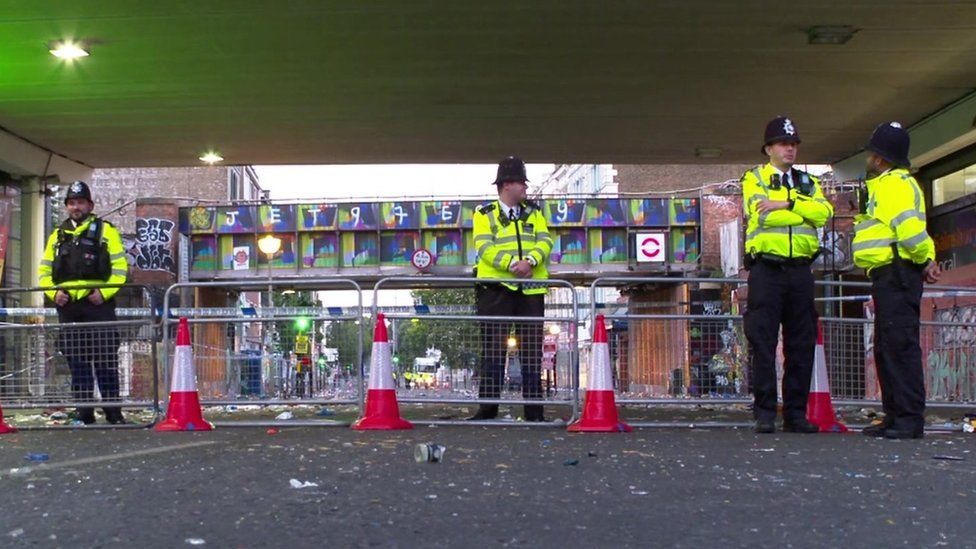 The Met said it received reports of seven stabbings, including the attack on Mr Nembhard

Mayor of London Sadiq Khan said he had been "sickened by this awful attack".

He added: "Violence has no place on our streets and we are doing everything in our power to root it out. I urge anyone with information to contact the police on 101 or anonymously by Crimestoppers. There is no honour in staying silent."

The Met said on Monday evening, it had received reports of seven stabbings, including the attack on Mr Nembhard.

A Section 60 order was in place within the Notting Hill Carnival area - giving officers stop and search powers - until 01:00 on Tuesday.

"This is following a number of violent incidents and serious stabbings," the force said.

A total of 441 people were stopped and searched across the two days.

Some 74 officers were injured across the two days, many a result of incidents involving assaults.

The Met Police Federation said: "Every year our brave officers come under attack at this event. Colleagues dread policing it. And yet nothing changes."

In 2019, when the event was last held, the Met arrested about 350 people, the majority for drug offences, while 37 were held for assaults on police.

The force also paid tribute to one of its most experienced and "affectionate" horses that died after collapsing while on duty at the carnival on Sunday.

Police Horse Sandown, a 14-year-old chestnut gelding, had policed "all types of events" across London during his seven years of service since being presented to the force in 2015.