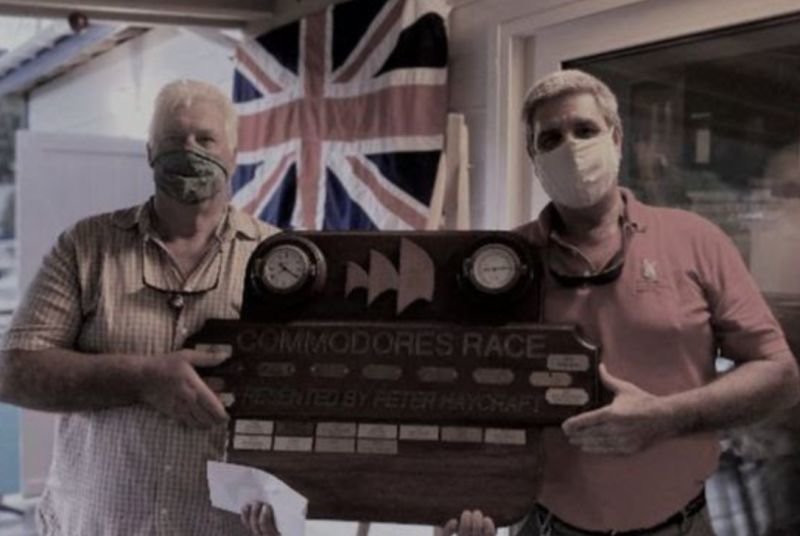 It was a day of shifty winds and rain squalls but a cracking day for a yacht race as the Royal British Virgin Islands Yacht Club (RBVIYC) held its final race for the 2020 calendar year.

In the first category that starting off from Road Harbour, the Cruising fleet were away first to sail away racing to Hog Valley Green, around Pelican and the Indians before returning to Road Harbour for the finish.

Miles Sutherland-Pilch's Beneteau First 44.7, Odyssey charged around the course to take line-honours and the overall win. Second-home was the IC24, Latitude 18, skippered by RBVIYC Coach Rob Lind with one of his students and her family as crew.

According to the RBVIYC, the racing fleet sailed a slightly longer course which included rounding Dead Chest before heading to the finish from the Indians. 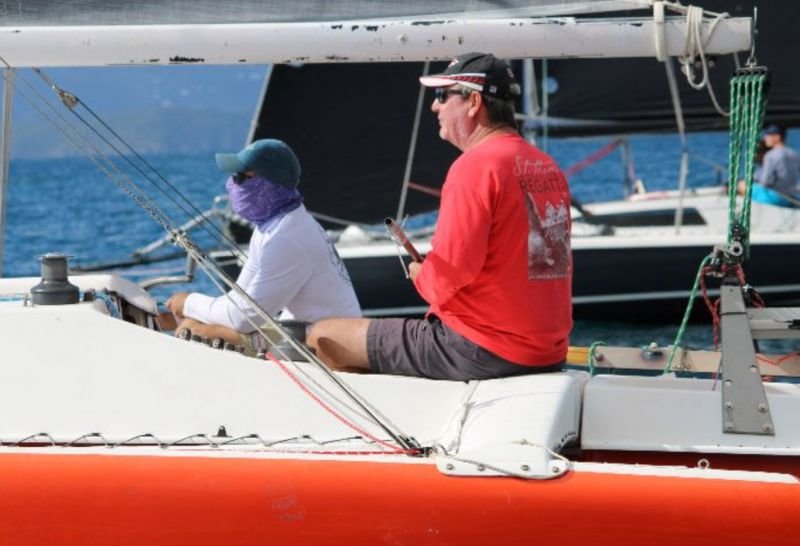 The bright orange ‘Whoop Whoop’, skippered by Kevin Wrigley, was the first home, arriving into the harbour in a heavy rain squall after two hours and ten minutes of racing.

The bright orange ‘Whoop Whoop’, skippered by Kevin Wrigley, was the first home, arriving into the harbour in a heavy rain squall after two hours and ten minutes of racing. Nathan Haycraft at the helm of Ting a Ling was second and Henry Leonnig's Firewater third.

Offering gratitude, RBVIYC thanked O'Neal & Mundy for sponsoring the race along with PRO Bob Phillips and Mandi Atack for the photographs

The Commodore's Race is the final event in the RBVIYC calendar and is traditionally followed by the Commodore's Dinner and Annual Awards Ceremony.