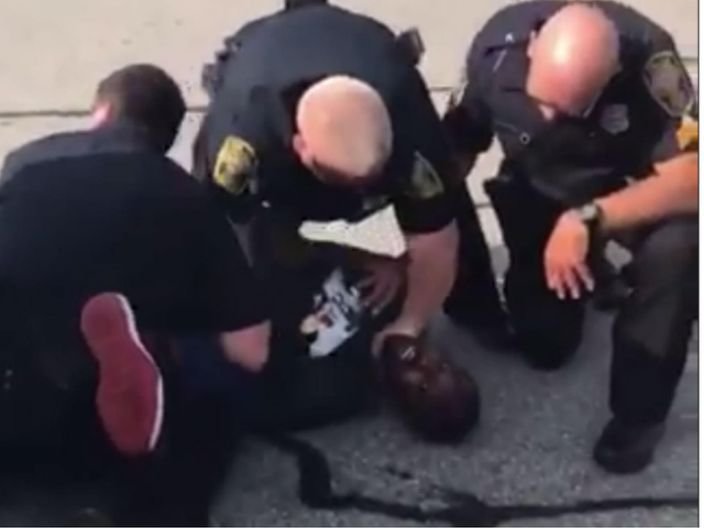 David Rose, a white, former Atlanta cop, will never be able to work as a police officer again after he pleaded guilty to battering Desmond Marrow, a black man, who was violently restrained during a traffic stop.
According to the Associated Press, Rose was recorded on an in-car system admitting that he choked Mr Marrow, but did not plan on reporting it.

“Through his revealing words and actions, David Rose tarnished the badge that represents all the honorable and brave men and women who serve in law enforcement," Henry County District Attorney Darius Pattillo said in a statement. “I am satisfied that he has been held accountable for his actions against Desmond Marrow.”

In 2017, Rose and other officers were called to the parking lot of a Target store in McDonough, Georgia, near Atlanta, on reports that Mr Marrow was driving recklessly. In partial video of the incident, which subsequently went viral, officers can be seen pushing Mr Marrow against a truck as he says: “I’m not even doing nothing. I’m not even fighting back.”
As the struggle moves to the ground, Rose is seen with his hand on Mr Marrow’s neck, who gasps for air and says: “I can’t breathe.”

A 2018 Henry County Police Department internal affairs investigation found that Rose used unnecessary force and admitted that he choked Mr Marrow, but was not going to report it. Rose reportedly said: “I’m not going to write it down, but hell yeah I choked that motherf***er.”

“I didn’t choke him,” Rose told WSBTV, an Atlanta-area news station. “When you are involved in those situations, the adrenaline and everything is just so heightened, and you sometimes say things as you’re coming down from these incidents, if you will.”

Rose was subsequently fired. A previous internal affairs investigation, conducted before the video of the incident was widely seen, said Rose had acted within professional guidelines during the encounter, and he previously pleaded not guilty.

In addition to forfeiting his law enforcement certification, Rose will also perform 40 hours of community service, go on probation for a year, and take an anger management class as part of his deal.

The news comes as police recently avoided jail time in another high-profile case, with none of the Louisville police officers who killed Breonna Taylor during a bungled drug raid facing charges directly related to her death. One officer is facing charges for blindly firing 10 bullets into her home.