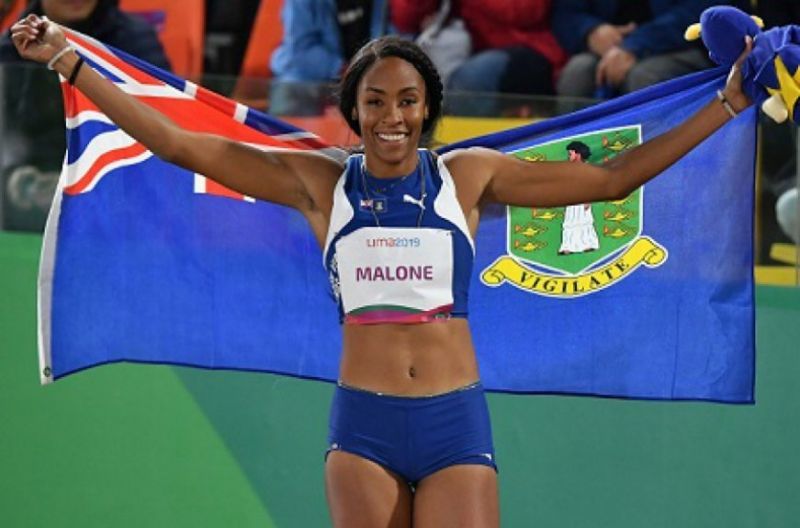 September 28, 2021, long jumper Chantel E. Malone will be making her first visit to her homeland, the [British] Virgin Islands, since her historic performance at the Tokyo Olympics in August 2021.

Malone became the first Olympic finalist from the Virgin Islands when she qualified for the finals of the Women’s Long Jump. She would later place 12th in the finals.

According to the BVI Olympic Committee (BVIOC), Malone is scheduled to arrive in the territory at 2:30 pm. 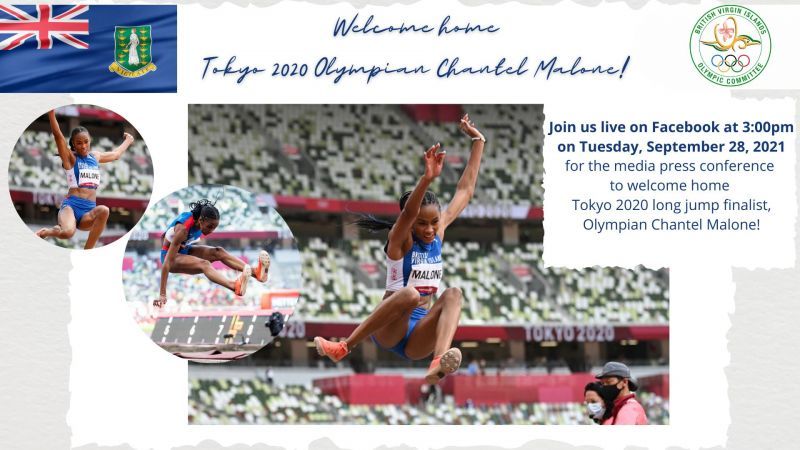 It said the BVIOC will host a media press conference at 3:00 pm to officially welcome Chantel home.

The arrival and press conference will be live-streamed on the BVIOC Facebook page.

According to the BVIOC, other activities planned for Olympian Chantel during her time at home include presentations at her alma mater schools - the Althea Scatliffe Primary School and Elmore Stoutt High School as well as to the Bregado Flax Education Center in Virgin Gorda.

A sports camp will be hosted in collaboration with the BVI Athletics Association at the A. O. Shirley Recreation Grounds on the morning of Saturday, October 9, 2021.

Meanwhile, Kyron A. McMaster had joined Malone as the only ever Olympic finalists from the Virgin Islands.

McMaster had placed 4th in the fastest ever 400m Hurdles race in history, as two persons ran under the World Record in the finals.