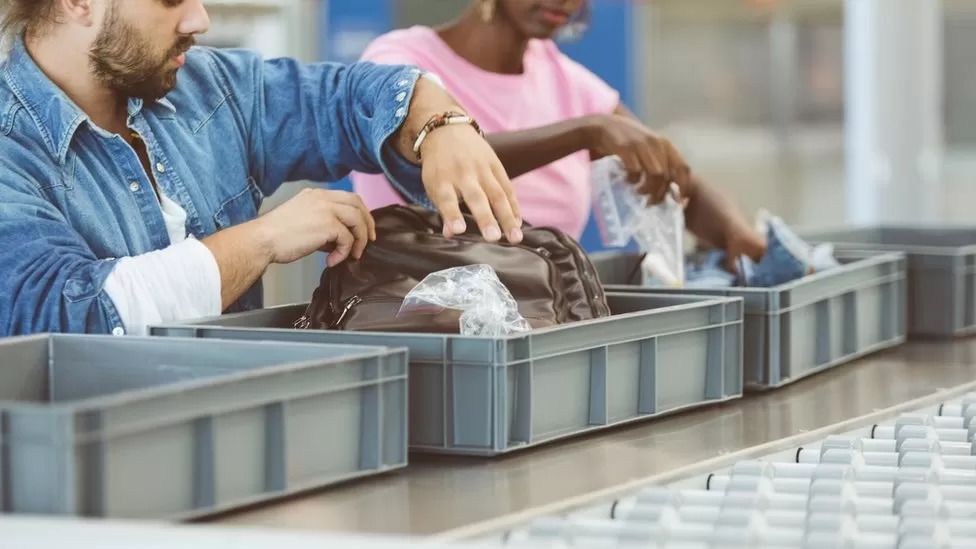 Some security rules on liquids and items such as laptops in airport hand luggage will be scrapped in 2024.

The government has set a deadline of June 2024 for most UK airports to install new high-tech 3D scanners, that show more detailed images of baggage.

The changes will see the 100ml liquid rule increased to two litres and mean passengers won't need to remove electrical items from bags at security.

A previous installation deadline was pushed back due to the pandemic.

Passengers are currently required to remove items such as tablets, laptops and liquids from their hand luggage while going through security checks at airports.

Liquids, such as sun cream, shampoo or toothpaste are required to be 100ml and must be in a clear plastic bag.

The limits have been in place since November 2006 and their introduction marked the end of a ban on liquids in the cabin imposed three months earlier, when British police said they had foiled a plot to blow up as many as 10 planes using explosives hidden in drinks bottles. 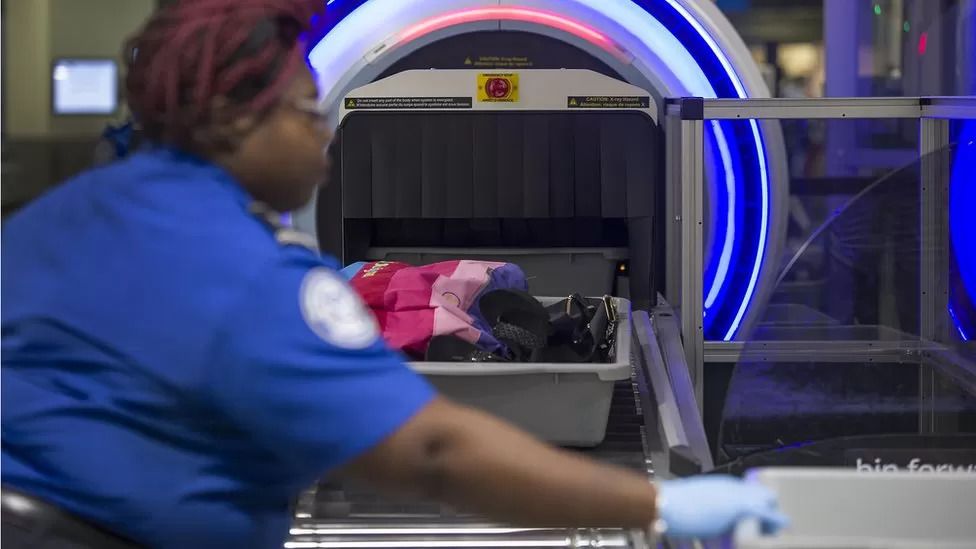 Several US airports have already installed 3D scanning equipment
The government said its requirement for airports to upgrade screening equipment to the type similar to CT scanners used in hospitals, will mean eventually the rules on electrical items can be lifted and the liquid limit can be extended to two litres.

With the legislation being phased in across the country over the next two years, current rules will still apply at airports not using the technology. Passengers are advised to check this before travelling.

Christopher Snelling, policy director at the Airport Operators Association, which represents UK airports, added the investment was a "great step forward for UK air travel, matching the best in class around the world".

"It will make the journey through the UK's airports easier and air travel itself more pleasant," he added.

The technology has already been in use by US airports, such as Atlanta's Hartsfield-Jackson and Chicago's O'Hare, for a number of years.

Former Prime Minister Boris Johnson made a pledge to use the scanning technology to speed up pre-boarding checks and improve security, giving UK airports a deadline of the end of 2022.

But passenger numbers were dented during the height of the Covid pandemic with travel restrictions in place across much of the world.
#Boris Johnson  #Johnson  #Covid