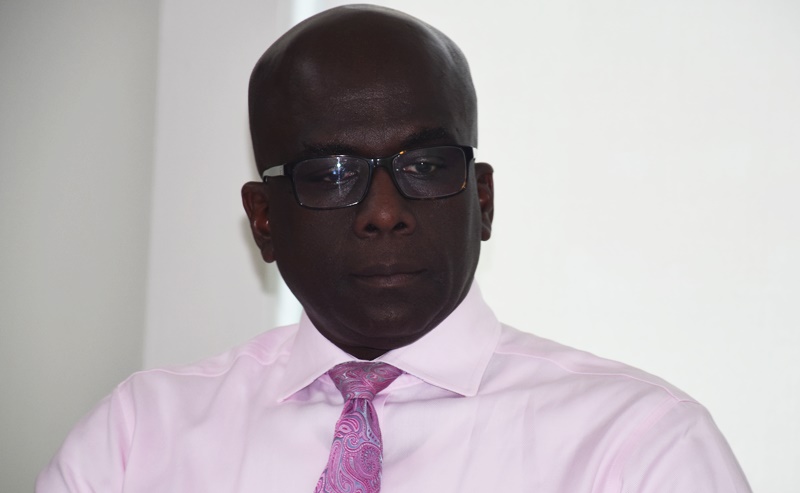 OPINION: Is the current political party system right for the BVI?

I would venture to say that every Virgin Islander agrees with and support these declarations.

I have two questions for Virgin Islanders: Does our current political party and electoral systems reflect and support “who we are as a people and country” and reflect “the essence of a Virgin Islander and our distinctive cultural identity”? Is the current political party and electoral system the solution to our current challenges and will it support our future needs and aspirations? To find the answer, we must look to our history.


We Virgin Islanders have always mastered our own destiny and walked our own path: From purchasing our land from sharecroppers after emancipation in 1863; to resisting joining the West Indies Federation to become a separate nation in our own right in 1956; to carving out a subsistence living in a land others felt was only suitable for a bird sanctuary in 1962; to taking responsibility for administering our own affairs under the ministerial system in 1967; to taking back our lands on Wichkam’s Cay and Anegada from profiteers in 1970; and to taking responsibility for our own finances in 1977. Our history and experiences have defined who we are as a people: strong, resilient, independent, self-reliant and community-centred.


The early days of party politics followed a simple model. We came together behind our political party candidate for elections and went back to living as a cohesive community after elections, irrespective of the outcome of the election. For the most part, we were able to put party politics aside and work collectively in the best interest of the Virgin Islands once a Government was elected. That is the VI model that allowed us to build the VI into a nation that became the envy of other nations. That is who we are as a people and a country and it reflected our distinct cultural identity!

The Virgin Islands has changed significantly


For better or worse, the Virgin Islands has changed and evolved, as nations do over time as circumstances and conditions change. Today Virgin Islander finds themselves at a cross road on many fronts. The fifty-five years since the governance autonomy of Ministerial Government in 1967 have ushered in significant change and progress in the Territory. Along with the progress came many challenges. Development has outpaced the ability of public administrative systems and institutions to support the needs and aspirations of Virgin Islanders.

The rapid success of the financial services sector and the resultant revenue windfall to the Government coffers have fuelled development and helped to raise the standard of living to that of developed countries but without the accompanying socio-economic structures, institutions, systems and policies that normally evolve with such growth. The rapid rate of change, population growth, diversity and material prosperity have eroded Virgin Islands values, identity and culture, thus bringing social stress to the society. In a way, the Territory’s greatest success under autonomous Governance has produced its greatest set of challenges in terms of a sustainability future for Virgin Islanders.

Time for a new thing?


Isaiah 43: 18-19 tells us: “Forget the former things; do not dwell on the past. See, I am doing a new thing! Now it springs up; do you not perceive it? I am making a way in the wilderness and streams in the wasteland.

Institutions and systems need to change to meet the evolving needs of the Virgin Islands whilst protecting and preserving the nation’s identity, culture and the core values upon which it is built. Hurricanes have taught us what happens when you build a house on a weak foundation.

The father of the modern Virgin Island and its longest serving leader, the late H.L. Stoutt, often reminded us that as a people we should learn from our experiences and our mistakes. It has become clear that electoral politics under the party system cuts across the very grain and essence of a Virgin Islanders and who we are as a people. It is not compatible with our culture and values and divides the nation, families and relationships. Politics now invades our daily lives. We have made some mistakes and now is the time to learn from them and do a new thing.


Here are twelve thoughts for consideration, discussion and decision about our political party and electoral systems as we consider what kind of Constitution we will need as we transition to the new Virgin Islands and recreate a sustainable society that will afford our children, grandchildren and future generations of Virgin Islanders the same privileges and opportunities we have enjoyed over the past fifty five years.

2. Elect the Premier and Deputy Premier by popular national vote based on a published national platform for the Territory with stated qualifications for the position.

1. because of loyalty to a party, with Anegada and Jost Van Dyke having its own representative.

2. Appoint non-partisan Council of Elders (not by age but by wisdom and experience) representative of the society to monitor the actions of the House of Assembly.

3. Appoint a District Administrators for each district to manage district issues, budgets and programmes working with their elected District Representative.

4. Premier appoint members of Cabinet and Junior Ministers from among the elected District Representatives based on the merit of their experience and qualifications.

5. Fix the date for elections to a set date every four years so the administration of government business is less disrupted and potential candidates and voters can prepare accordingly.

6. Elect the Speaker of the House of Assembly from among the elected members with a two-third majority by all members.

7. Those not serving as Ministers, Junior Ministers or Speaker to serve in the Opposition and they elect a Leader from amongst themselves.

8. Fix and publish the number and dates of meetings of the House of Assembly with only special meetings occurring outside of the schedule.

9. Fix the number and dates of public meetings of the Public Accounts Committee with meetings covering evidence sessions, reports of audits, enquires, discussions on bills and other matters of public interest and engagement.

10. Empower people to hold elected leaders accountable and responsive to their needs with provisions such as a Referendum, re-call of non-performing politicians and term limits.

Let us Dialogue and Decide

This is by no means an exhaustive list nor does it cover all aspects of what is required in a new system. It is just a conversation and discussion starter to help launch a national discourse that hopefully leads to a consensus on how we can change our political and electoral system to align with who we are as a people and nation, what made us strong and build a new, stronger and more resilient foundation for a bright future for our great little beloved Virgin Islands.

Kedrick Malone is a Consultant and a former Contract Civil Servant with the Government of the Virgin Islands where he served in many senior leadership and policy positions.