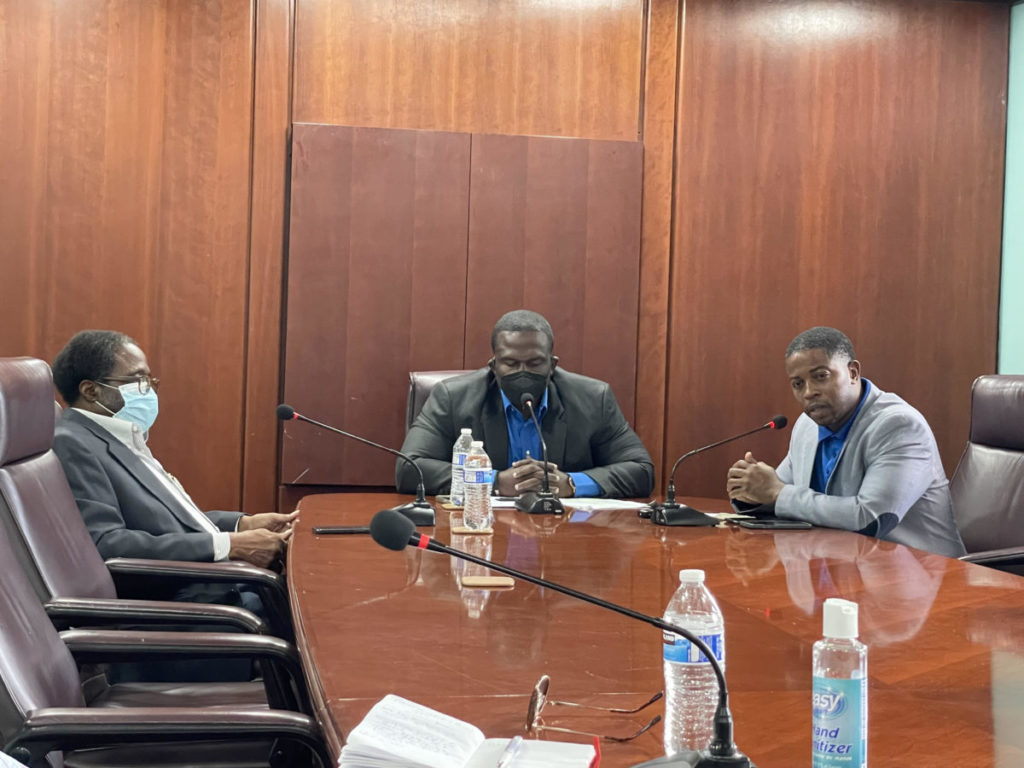 They also urged that members of the government come out to denounce his actions as well.

“The Premier’s detainment in the United States and the subsequent release of the Commission of Inquiry (COI) report have brought undesired global attention to what is the most challenging period in our territory’s history,” Opposition Leader Marlon Penn said in a statement at the House of Assembly’s office today.

Penn’s statement was fully endorsed by fellow Opposition members Julian Fraser, Mark Vanterpool and Melvin Turnbull, who also called for unity from residents in condemning the actions allegedly committed by the Premier and those around him.

Acting Premier Dr Natalio Wheatley has since announced that efforts are being made to seek Premier Fahie’s resignation and to have Dr Wheatley appointed as substantive Premier in Fahie’s place.

But Premier Fahie’s alleged crimes have not been denounced in any way thus far by the remaining members of the government.

Penn encouraged Dr Wheatley to prioritise the interests of the territory and to move swiftly to ensure the people of the BVI’s interests are met by denouncing Fahie’s alleged actions.

“We, the members of the Opposition, strongly condemn the actions of Premier Fahie and MD [of the Ports Authority] Maynard (Fahie’s co-accused) and similarly denounce the actions of any public official that knowingly and willfully disregarded the responsibilities with which they have been entrusted and oaths of office which they took,” Penn said.

Fahie should resign, actions were reprehensible

Meanwhile, the Opposition Leader also urged Premier Fahie to resign out of respect for the people of the BVI. He said this should be done in recognition of the need for the territory to move forward.

Penn argued that the majority of the people of the Virgin Islands are people of integrity and respect the laws of the territory.

“These reprehensible actions by a distinct minority are in no way representative of the views and actions of the people of the Virgin Islands,” Penn added.

He continued: “We therefore call on any public official that knows that they may have violated the public trust to voluntarily demit office out of respect for the people of the Virgin Islands.”

Penn said violators of the public trust do not enjoy their individual or collective support and stated that the aim of Opposition members now is to support actions which will ensure good governance and move swiftly to restore public confidence.