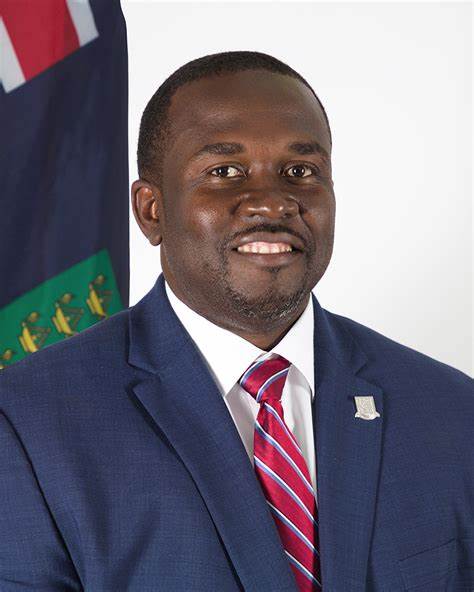 Opposition Leader: Increase in port fees is a travesty to the economy

Leader of Her Majesty’s Loyal Opposition, Honourable Marlon Penn has called the increase in port fees a travesty to the people of this Territory and to our economy.
“This is simply not the right time,” Honourable Penn said of the recent decision to increase port fees as a means to operate and develop the ports facilities in an effort to retain our international shipping certification.

In a recent interview, Honourable Penn said the current cost of doing business in BVI is high. This increase will only result in inflation of those costs – the consequence of which will have a detrimental impact on our economy.

The Leader of the Opposition further explained that in driving up the cost of goods and services, this will be reflected especially on construction materials resulting in increased cost of construction. This then will cause persons to halt new construction projects, which will in turn reduce economic spend, subsequently bringing about a decline in jobs and economic growth and finally send our economy into a recession.

“For those business owners whose businesses are already on life support this fee increase will only create undue hardships for those already struggling businesses. Business owners will have no other choice but to pass those very same increased fees onto the consumer, thus negatively impacting our economy,” Honourable Penn said.

“I am extremely concerned with the timing of these increased fees. It comes at a time when we can ill-afford it; a time when persons do not have the ability to sustain this shock imposed by the Government,” Honourable Penn continued.

The Opposition Leader called on the Premier as the Minister for Ports to step up and acknowledge that this is not the right time and rescind the current decision. Additionally, in his capacity of Minister for Finance, Honourable Penn implored the Finance Minister to find the resources to support the BVI Ports Authority (BVIPA) in retaining its international shipping certification.

Further, in urging the Premier to take a step back and consider how this decision adversely affects both businesses and consumers, Honourable Penn stated that the Government cannot pass this burden onto the businesses and ultimately consumers, many of whom have been unemployed or under-employed for over a year now due to bad economic policies.

The Leader of the Opposition mentioned, that during this critical time of the global pandemic, the BVI Ports Authority proceeded to purchase property and rent space throughout the Territory. The BVIPA continued increasing its expenses while cutting salaries to daily paid workers, all the while Executives of the Port maintained their salaries.

“The people of this Territory should not have to pay for the mismanagement of the BVIPA. These poorly thought out decisions hugely underscores what my colleagues and I in the Opposition continue to express; that this administration has proven there is no plan in place for the economic recovery of these Virgin Islands,” Penn opined.

Adding, “I urge the Premier to present an Economic Plan and put policies in place to stimulate the economic growth versus slowing it down.”

In conclusion, Honourable Penn said it is imperative that the Government rescind this decision to use the BVIPA to create inflation thereby driving up the cost of goods and services and present a plan focused on the economic recovery and growth of this Territory.