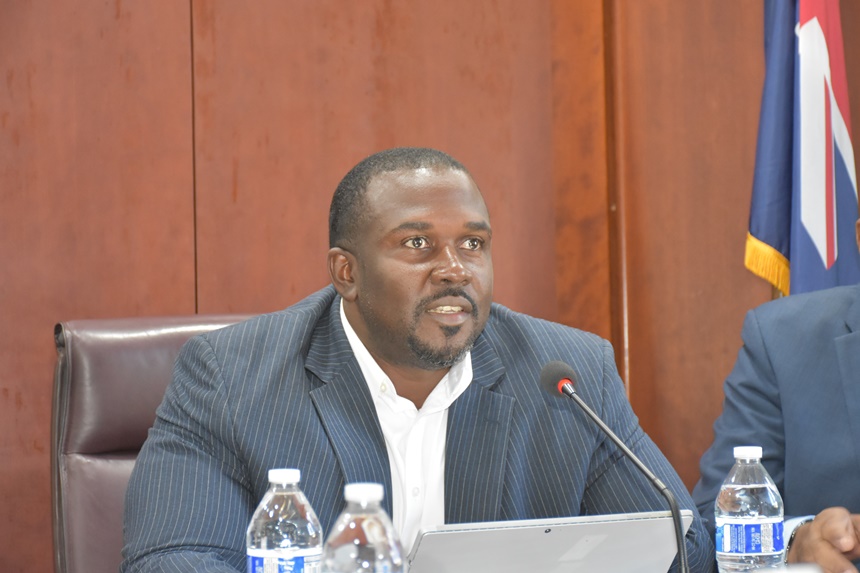 Opposition Leader Marlon Penn says he is ready for Premiership

With less than two years left before the next general election is constitutionally due, Opposition Leader Marlon Penn has declared himself ready to be Premier.

“Been ready,” Penn responded when prompted by a resident during a recent community meeting in his constituency about whether he is prepared for leading the territory.

Penn, the Eight District Representative, said he has served in every role since being in representational politics.

Penn said he has seen how the community has been built from the ground up with the blood, sweat, and tears of its residents and said he believes the people of the BVI have to be first and foremost in the process of rebuilding.

Penn noted that his leadership would not see a one-man show in operation since it is a team effort that is required to move the country forward.

“It’s not about me. There’s no ‘I’. It’s about putting the right people in the room, putting the right people around the table to make decisions to move this country forward – and I’m that type of leader, I’m that type of transformational leader that I believe that can move people and get people involved to get this country moving,“ the Opposition Leader said.

BVI has been in a tailspin

Asked what his plans would be for the wider BVI and his district if a snap election was to be called, the Opposition Leader said his foremost priority would be getting the economy back up and running.

“For the last 18 months we’ve been in a tailspin, we’ve been sputtering. And what we need is a clear economic plan for us going forward,” Penn told his constituents.

He said a physical infrastructure plan was also needed for the territory.

“If we’re going to say that we want to move the economy, there are certain things that we need to do to facilitate that economic growth and movement in the country,” Penn stated.

Penn argued that it was critical to have the people of the BVI involved to effectively grow the economy.