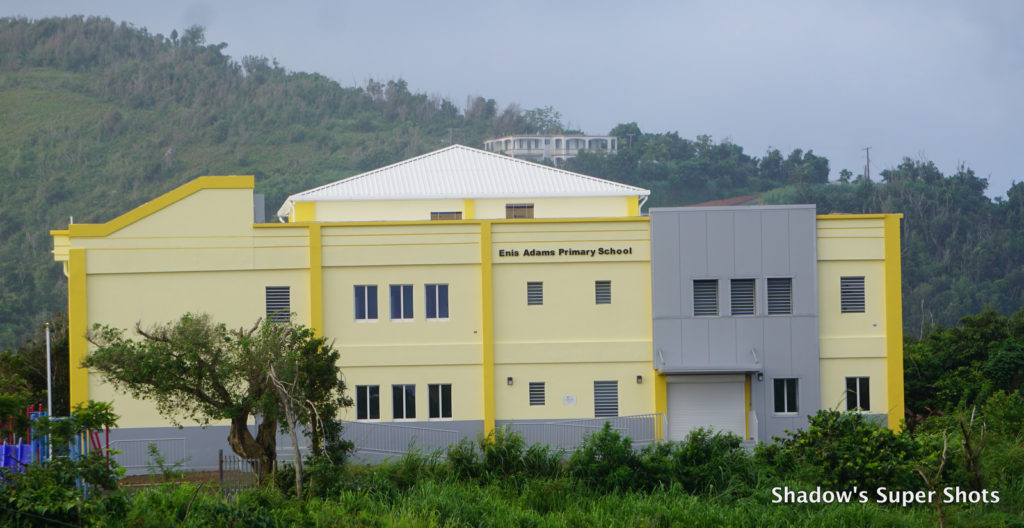 Over $220K worth of solar contracts awarded

Three contracts with a combined value of $226,900 were signed today for works relating to harnessing solar powered energy in the territory.
Amandla Engineering was awarded the contracts of supplying and installing a solar facility each at the Enis Adams and Francis Lettsome Primary School.

Both contracts are valued at $65,500 each. The engineering firm will supply and install a 15 DC (Direct Current) kWp (Kilowatt peak power) solar facility which will still be tied to the BVI Electricity Board (BVIEC) power grid at the Enis Adams Primary School while the one at Francis Lettsome will be 15 kWp and separated from the BVIEC power-grid.

The third contract is valued at $95,900 and was awarded to the UK firm, Your Eco Construction Limited. The firm will be required to design, build, and deliver two solar PV (photovoltaic) systems which are off-grid power boxes.

According to Governor John Rankin, the building of the solar panels at the school will significantly reduce their energy bills and the students there will benefit from the introduction of renewable energy.

Meanwhile, the Director of Amandla Engineering, Nea Talbot said winning the contracts is not only meaningful to her company but also to students at the schools and the territory at large.

“The course of actions we have taken since the passage of the 2017 hurricanes have been challenging but to see we have been pledging and committing ourselves to environmental challenges is so meaningful. We are also involving the recent graduates of the HLSCC (H Lavity Stoutt Community College) solar training programme in the work on the schools,” Talbott stated.

The Premier Andrew Fahie said the building of the two portable solar-powered built-boxes will be instrumental for the territory in the case of any disaster.

“In a nutshell, this would result in two portable pre-wired and containerised solar power-built boxes that I’m advised can be deployed to communities in the event the power grid is knocked down as can happen in a disaster,” Fahie said.

“Additionally, the units will provide a backup power supply to a school building when the power supply is lost, for example, during a temporary power outage,” he added.
#John Rankin  #Fahie