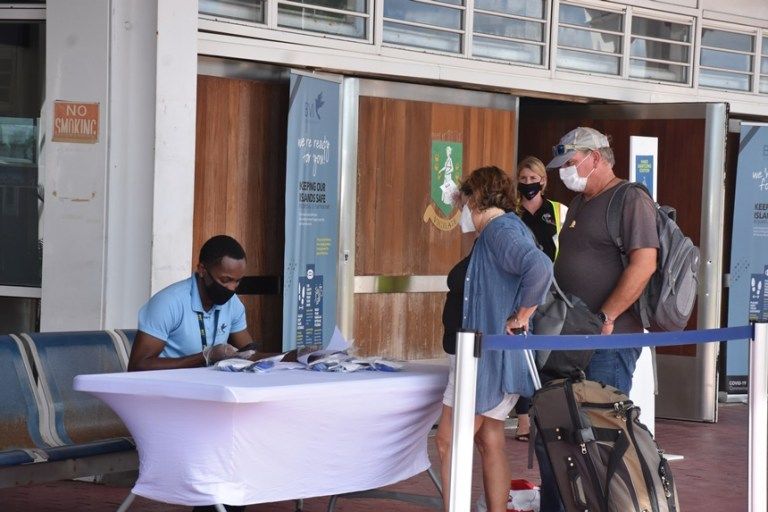 Over 7K visitors enter through Beef Island Airport since December

Just in excess of 10,000 persons have entered the BVI through the Terrance B Lettsome International Airport since its soft reopening in December 2020, and more than 70 percent of these persons have been classified as visitors.

Following a nine-month closure due to the COVID-19 global pandemic, the territory reopened its borders to allow tourists and other persons to enter the territory under the BVI Love rebranding initiative.

Since then, there has been a fairly steady uptick in tourist arrivals to the country.

The cumulative total of visitors entering through the airport between December 2020 and April 21, 2021 was recorded as 7,554 persons.

Meanwhile, 2,805 Belongers, residents, and work permit holders reportedly used the Beef Island-based airport for re-entry into the BVI during the same period.

The airport was the only local port of entry being used to allow persons to enter the BVI at the time. Premier Andrew Fahie said although most tourists travel to the territory by sea, it was important to reopen the airport first as it offered a very controlled environment where systems and protocols can be properly tested and used at other ports of entry.

Previously, as part of its phased Restricted Border & Controlled Re-Entry Plan, only certain approved categories of persons were allowed into the territory and this excluded tourists.

“We want to make sure that we take as calculated a risk to reopen our tourism product without compromising our safety when it comes to COVID-19 because we only have eight ventilators. We have to make sure we reduce risks … because there is always a risk involved once you open your borders to the tourism product,” Premier Fahie said before the airport’s reopening.

Currently, officials are still in the midst of preparations to readmit cruise passengers to the territory in June.

In the meantime, a breakdown of persons using the territory’s main airport is outlined in the tables below: 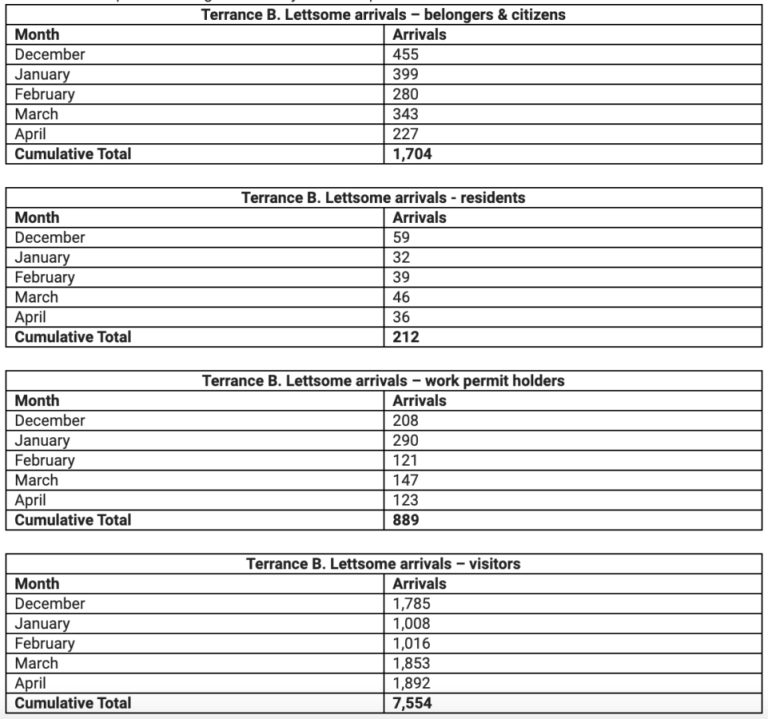 Breakdown of the number of arrivals through the TB Lettsome International Airport Between December 2020 and April 21, 2021.