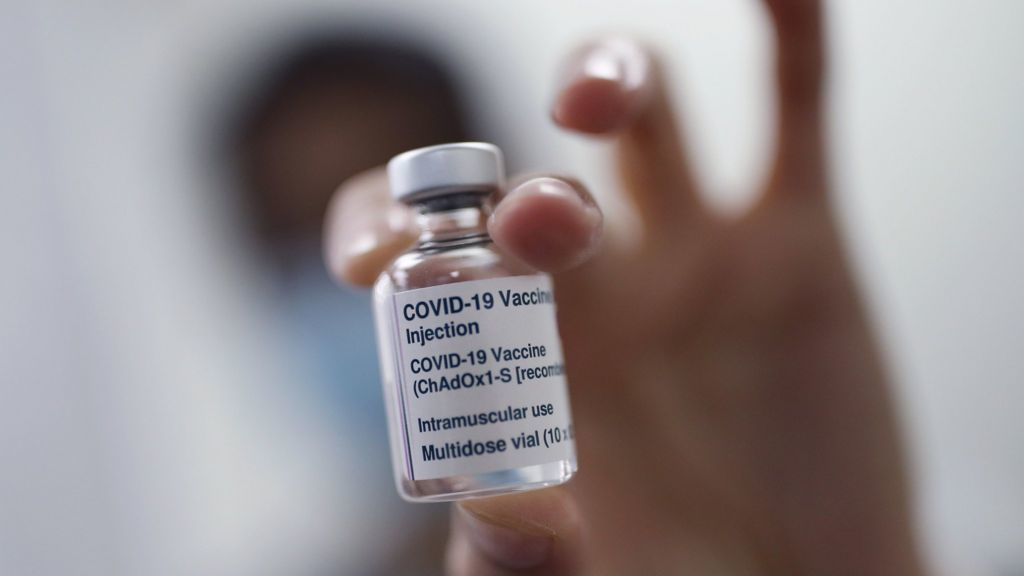 The Oxford-AstraZeneca Covid vaccine is safe, the health secretary has said, after some European nations paused its use amid concern over blood clots.

Matt Hancock urged people to "listen to the regulators" and to "get the jab" as soon as they got the opportunity.

Some 13 countries have suspended use of the vaccine while they seek further clarification on its safety.

But the UK's medicines watchdog, the MHRA, has said that evidence "does not suggest" the jab causes clots.

The EU's regulator, the European Medicines Agency (EMA), is expected to release the findings of its investigation into cases of blood clots in vaccinated people on Thursday.

However, it said previously that it was still "firmly convinced" the benefits of the Oxford-AstraZeneca vaccine outweighed the risks and there was "no indication" the jab causes blood clots.

About 17 million people across the EU and the UK have received a dose of the vaccine, with fewer than 40 cases of blood clots reported as of last week, the manufacturer AstraZeneca said.

It said the number of cases of blood clots reported was lower than the hundreds of cases that would be expected among the general population.

In a bid to reassure the British public, Mr Hancock stressed that the MHRA, the World Health Organization and the European Medicines Agency all believed the vaccine was safe.

"We keep the effects of these vaccines under review all the time and we know that the Oxford-AstraZeneca vaccine is saving lives in the UK right now so if you get the call, get the jab," he said.

Asked if there had been evidence of people declining the jab after the European suspensions, the health secretary said there were still "huge numbers of people vaccinated every day" and that "enthusiasm for getting the vaccine is incredibly strong". 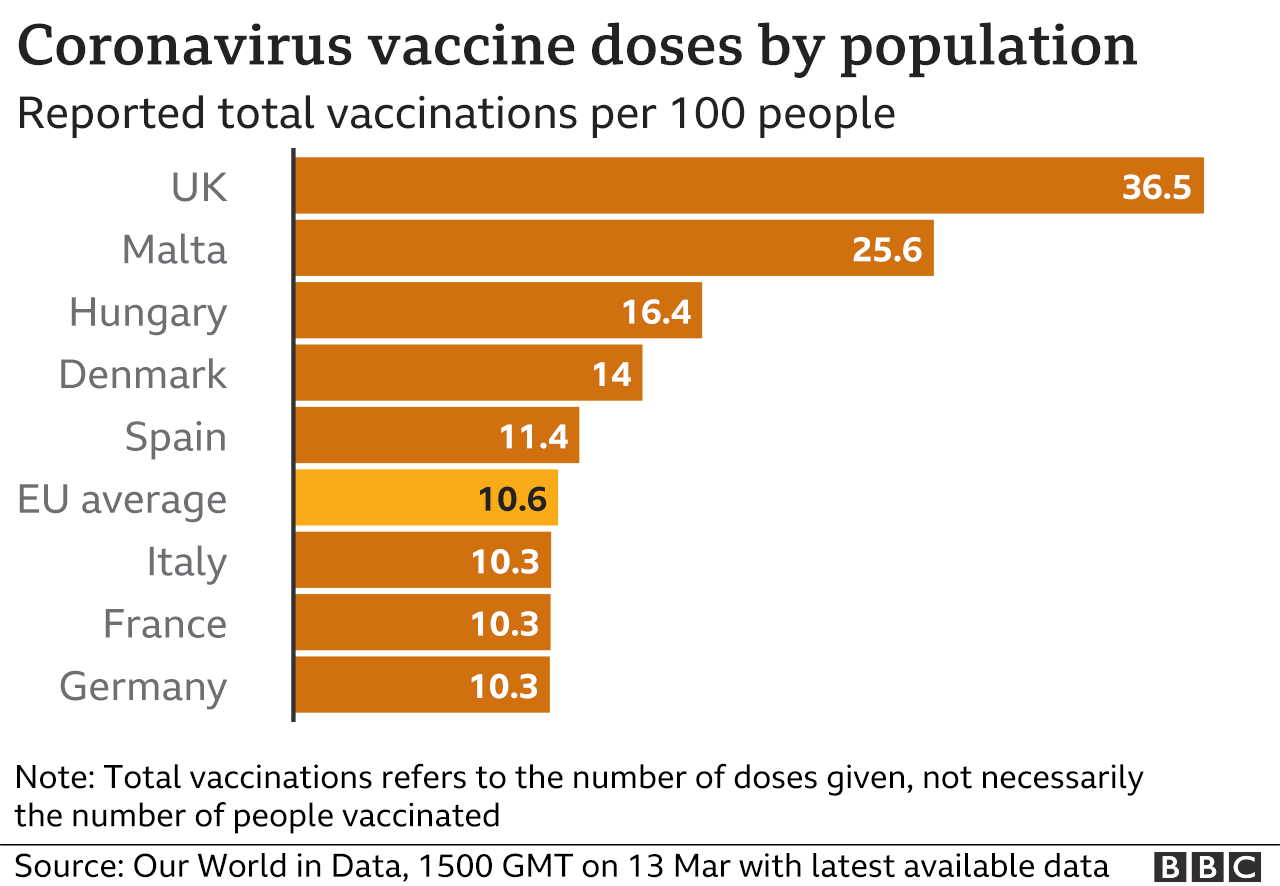 Downing Street has also defended the safety of the vaccine, with the PM's official spokesman insisting that Boris Johnson would be happy to take it when it came to his turn.

Meanwhile, the Duchess of Cornwall revealed on Tuesday that she had received the Oxford-AstraZeneca jab earlier this year.

Speaking during a visit to a pop-up vaccination centre in London with the Prince of Wales, Camilla joked that it "didn't matter" which jab she was given because "I hate injections so much". 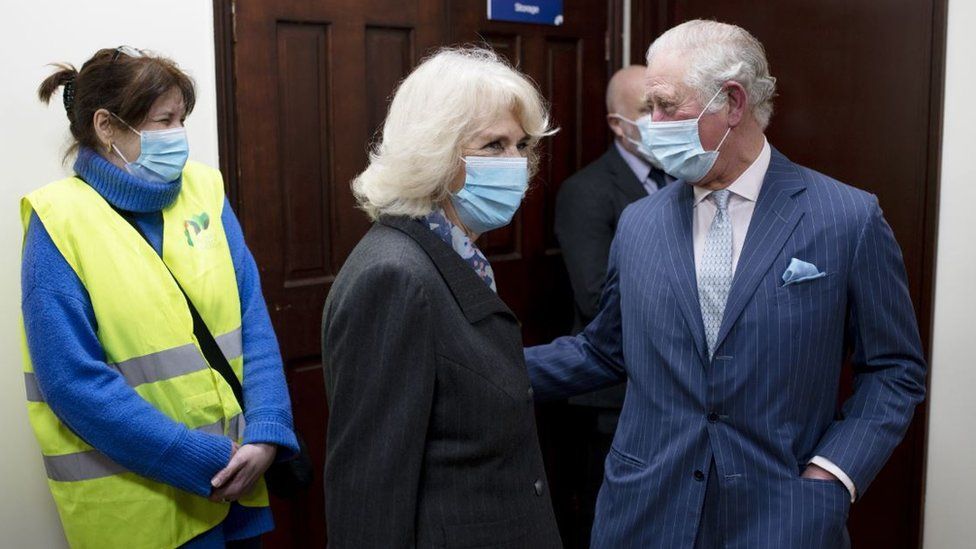 The latest government figures show that 24,839,906 first doses of a Covid vaccine have now been given in the UK, with some 1,663,646 people receiving a second dose.

Countries across Europe are seeking further clarity on the jab's safety, amid criticism of their decision to suspend its use.

Denmark was first to pause its use of the vaccine, followed by Norway and Iceland. Germany, France, Italy, Cyprus, Spain, Latvia and Sweden are the latest to follow suit.

Germany, France and Italy have said they are awaiting the outcome of the EMA investigation.

They said they had opted to pause their use of the drug as a "precautionary measure".

Other countries, including Austria, have halted the use of certain batches of the jab, while Belgium, Poland, the Czech Republic and Ukraine said they would continue to administer it.

Dr Phil Bryan, vaccines safety lead at the MHRA, said that people "should still go and get their Covid-19 vaccine when asked to do so".

"We are closely reviewing reports but given the large number of doses administered, and the frequency at which blood clots can occur naturally, the evidence available does not suggest the vaccine is the cause."

The WHO, which is also investigating the reports, says there is no evidence that the clots were linked to the vaccine and it has urged countries not to pause their vaccination programmes.

Prof Jeremy Brown, a member of the UK government's Joint Committee on Vaccination and Immunisation, said concerns about blood clots were "overblown" as they were unlikely to be linked to the jab.

He told BBC Radio 4's Today programme pausing its use would cause more illness and deaths than would be prevented "by the unlikely situation that there's an increased risk of a very rare event occurring as a consequence of the vaccine".

Sir Kent Woods, former chief executive of the MHRA and former chair of the EMA, told BBC Breakfast there would have been a "denting of public confidence because of the disorderly situation in Europe" and by suspending the use of the jab countries were "increasing the risk to the population".

Dr Jess Harvey, a GP in Shropshire, said she had received several calls from patients concerned about the possibility of blood clots linked to the vaccine.

She said she had not had any appointments cancelled yet but was worried about no-shows.

Meanwhile, Public Health England said on Tuesday that it was investigating a new coronavirus variant previously reported by the Philippines, after two cases were identified in England.

It said one case was linked with international travel, while the other was still under investigation.

PHE also said that two cases of the P.1 variant of concern first found in Brazil had been identified in England - with one in the West Midlands and another in Haringey, London.

This variant has a mutation - known as E484 - that means it can escape some of the immune response, which may mean vaccines work less effectively against it.

Both cases were linked with international travel to Brazil, PHE said, and bring the total number of UK cases of the variant to 12.