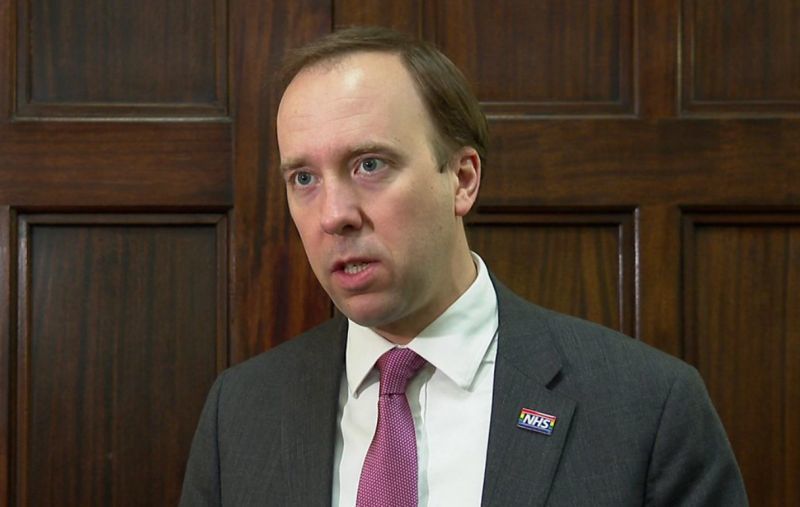 The Oxford-AstraZeneca Covid vaccine is safe, the health secretary has said, after some European nations paused its use amid concern over blood clots.
Matt Hancock urged people to "listen to the regulators" and to "get the jab" as soon as they got the opportunity.

Some 13 countries have suspended use of the vaccine while they seek further clarification on its safety.

But the UK's medicines watchdog, the MHRA, has said that evidence "does not suggest" the jab causes clots.

The EU's regulator, the European Medicines Agency (EMA), is expected to release the findings of its investigation into cases of blood clots in vaccinated people on Thursday.

However, it said previously that it was still "firmly convinced" the benefits of the Oxford-AstraZeneca vaccine outweighed the risks and there was "no indication" the jab causes blood clots.

About 17 million people across the EU and the UK have received a dose of the vaccine, with fewer than 40 cases of blood clots reported as of last week, the manufacturer AstraZeneca said.

It said the number of cases of blood clots reported was lower than the hundreds of cases that would be expected among the general population.

In a bid to reassure the British public, Mr Hancock stressed that the MHRA, the World Health Organization and the European Medicines Agency all believed the vaccine was safe.

"We keep the effects of these vaccines under review all the time and we know that the Oxford-AstraZeneca vaccine is saving lives in the UK right now so if you get the call, get the jab," he said.

Asked if there had been evidence of people declining the jab after the European suspensions, the health secretary said there were still "huge numbers of people vaccinated every day" and that "enthusiasm for getting the vaccine is incredibly strong".
#vaccine  #AstraZeneca  #Covid  #Vaccines