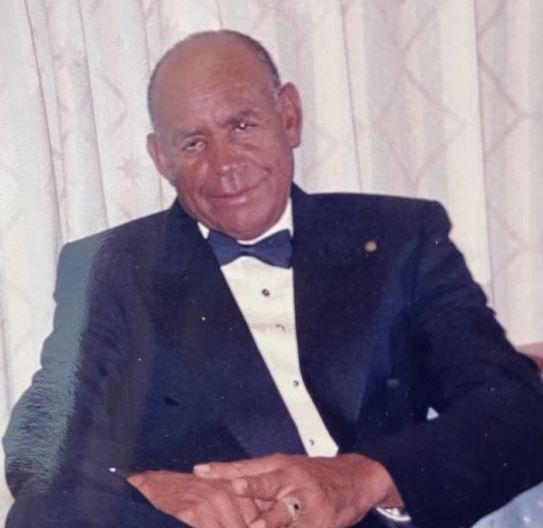 Born this day: A humble giant of a Virgin Islander- Roosevelt Smith

On this day, 81 years ago, a humble, but determined and hardworking builder of expansive and epic proportions was born in Road Town, Tortola, [British] Virgin Islands to Victoria Abbott and Ludwick Smith aka ‘Captain Jack’. The last of 8 children, Roosevelt Smith was educated at Road Town Elementary School and later took on correspondence courses in quantity surveying and pricing.

He worked at the Public Works Department for six years under the training and supervision of Mr Dereck Taylor, the then Chief Engineer, gaining extensive knowledge in engineering. He later worked as Mr Taylor’s assistant during the design and construction of the main roads to West End, Bell Vue, Long Bush, and North Sound. The experience Mr Smith gained in those years was instrumental in his successful later personal and professional career. He wet his feet in independent private contracting with the building of bridges, hiring many of the major contractors we see today as laborers and masons; these projects continue to stand strong today without defect. By 1968 the budding contractor had started to make his mark with his noticeably impressive work, and so the independent contractor along with his new bride Durene Smith (nee Parsons) established Roosevelt Smith (Modern Construction) Limited (Modern Construction) in April of that same year.

Modern Construction took off, and its high demand permitted it to construct several residential and commercial buildings, along with some that housed institutions that were critical to the comfort and survival of locals in that day; they included:

h) Phase I and II of the Peebles Hospital Project

j) A portion of Wickhams Cay Development (a subcontract from Walcon Ltd for work on sea defense, drainage, and bridges on 60 acres)

By this time the union between Roosevelt and Durene had produced two sons and a daughter – Roosevelt W Smith, Faye Smith, and Ian S Smith.

40 years ago, look yonder to the now buzzing Road Reef and you would see young Mr Smith and his sons on a backhoe gingerly dredging for the sand which many landowners and business goers enjoy today and which makes up Road Reef. Mr Smith’s reclamation and development project involved over five acres of land to form the buildable Road Reef, to which he personally installed the access road. He also developed Road Reef Marina with over 700ft of reinforced concrete sheet piles and precast slabs to accommodate almost 50 berths.

Now a major contractor, Mr Smith earned the following additional opportunities to participate in the building up of the [British] Virgin Islands, which he did to an impeccable standard as many of those projects stand beautifully and admirably firm to this modern day; those projects included:

b) Moorings reclamation and expansion, including dredging, sea defenses, laying of concrete piles, finger piers and other services.

d) Construction of BVI Police Marine Base at Road Reef

f) Construction of the bridge in Anegada

Not just a building contractor, Mr Smith played a major civil advisory role in several community organisations, having served as a Director of the Rotary Club of Tortola (and recipient of Paul Harris Fellow award), as Chairman of the BVI Fishing Company during the planning and construction phases, and Chairman of the VI Social Security Board. His past memberships also included:

In 1989 Mr Smith and his wife Durene took a leap of faith and purchased a local hotel along with marina at which he had earlier been employed as a labourer - Fort Burt 1990 Limited. He developed the marina extensively, piling for the expansion, designing, and preparing sea defenses, and installing units for 50 berths. The perfectionist and trailblazer that he is led him to renovate and expand Fort Burt Hotel including a first of its kind for the VI – luxury rooms with personal pools. The purchase made Mr Smith one of the VI’s first local to own and operate a hotel.

Mr Smith has always sought to live life to the fullest, likewise under his belt he can speak of several other personal projects including:

b) The establishment the VI’s first major ice manufacturing plant (Tortola Ice) which was the go-to source for post-hurricane food stuff preservation and premier supplier of the festival village for decades;

All work and no play makes anyone dull, Roosevelt being aware of this has served to the upliftment of many in the VI community through the Boys Brigade, his church – Road Town Methodist, and other service organisations. He has also carried on his father’s craft of seamanship, being an avid fisher and yachtsman. His yachts crewed by him, his sons, and others, have won many a BVI Spring Regatta and regional top trophies.

Mr Smith legacy for hard work can be seen in his children (Ronald, Kim, Roosevelt (Bert), Faye, and Ian) and their partners.

a) Bert has helped to develop much of the macro-infrastructure you see on modern-day Anegada;

b) Faye played a leading role in the promotion of BVI Tourism product and properties; member and Director of Rotary Sunshine of Road Town; Faye and her husband Dr Mitchel Penn are the proprietors of Penn Medical Centre; and

c) Ian served as a leading VI and regional banker, served on multiple Government boards including BVI Financial Services Commission Board of Commissioners, BVI Social Security Board as Chairman; Member and President of Rotary Club of Tortola; Ian and his wife Rhonda Hodge-Smith are the proprietors of Smith Realty, Craighurst Law Firm, and Ole Maid Farms.

The history of the [British] Virgin Islands cannot be told without the inclusion of this humble and soft-spoken giant of a developer, engineer, builder, and hero. Thank you for your contribution, and a Happy and Blessed Birthday ROOSEVELT SMITH! 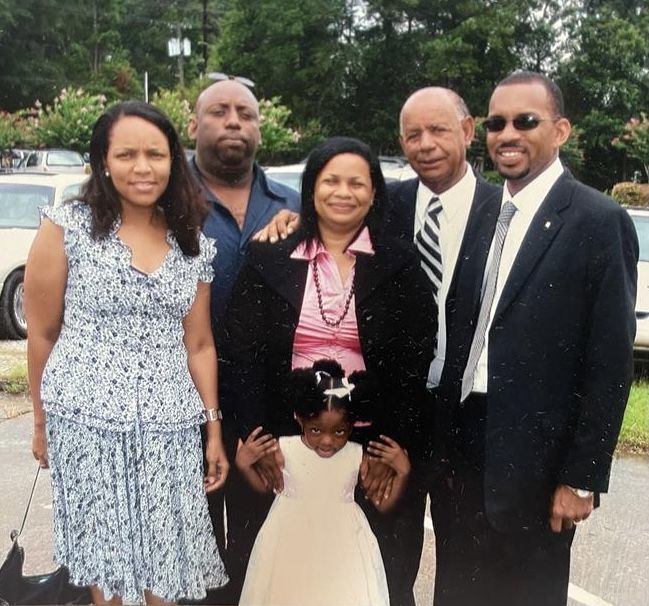 Mr Roosevelt Smith was very much a family man. 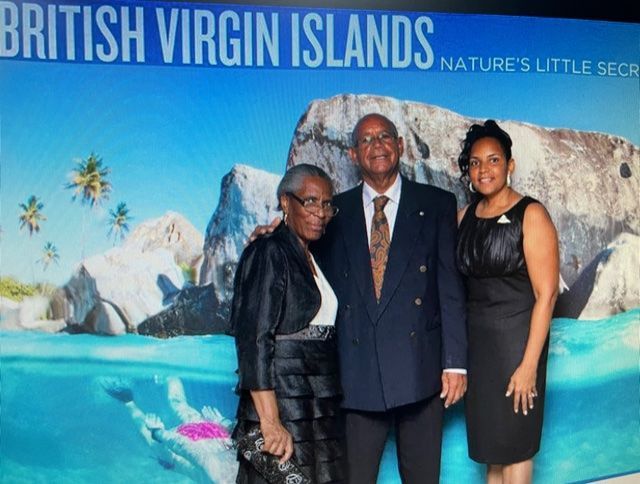 On November 19, 81 years ago, a humble, but determined and hardworking builder of expansive and epic proportions, Roosevelt Smith, centre, was born in Road Town, Tortola, [British] Virgin Islands to Victoria Abbott and Ludwick Smith aka ‘Captain Jack’.

Roosevelt Smith, 4th from left, and his family. 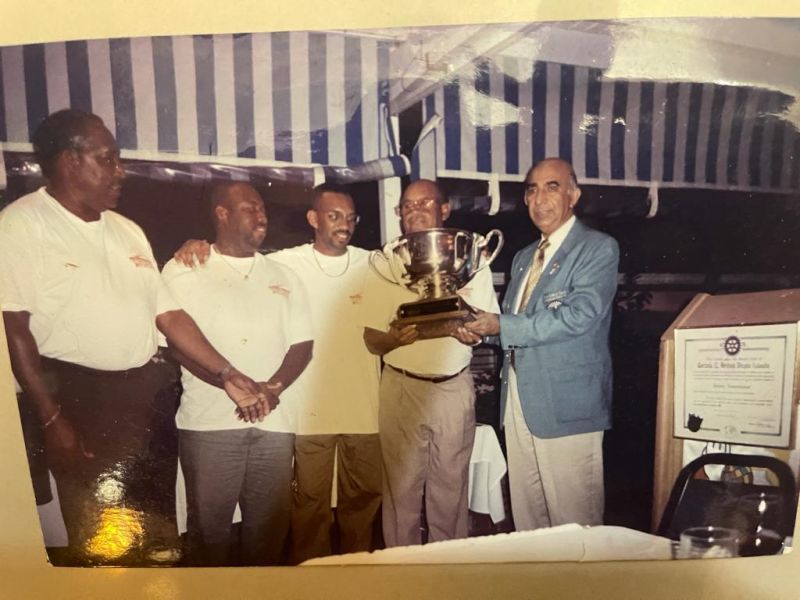 Roosevelt Smith served as a Director of the Rotary Club of Tortola and was a recipient of Paul Harris Fellow award. 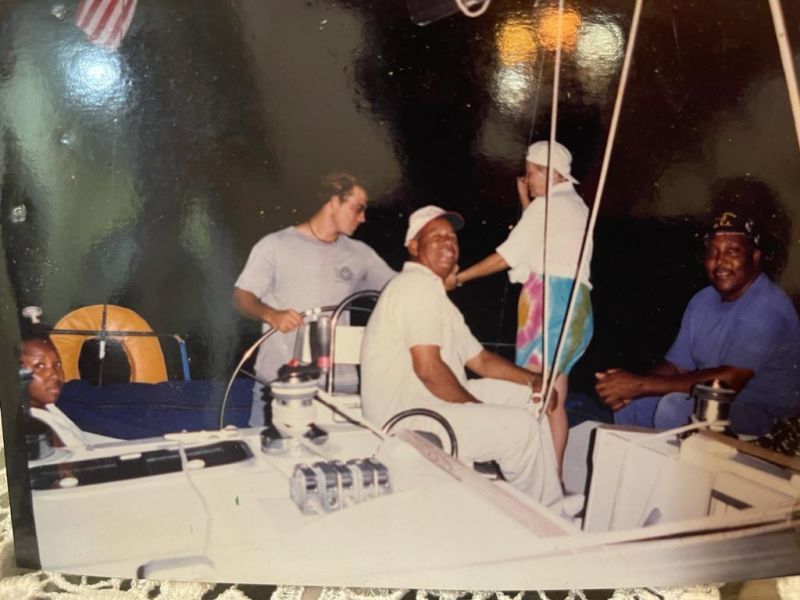 Mr Roosevelt Smith's yachts crewed by him, his sons, and others, have won many a BVI Spring Regatta and regional top trophies. 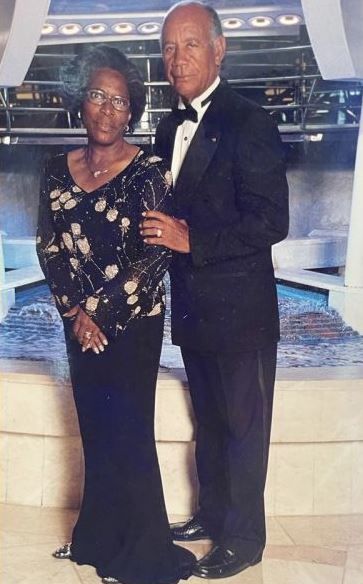 Roosevelt Smith and his wife Durene. 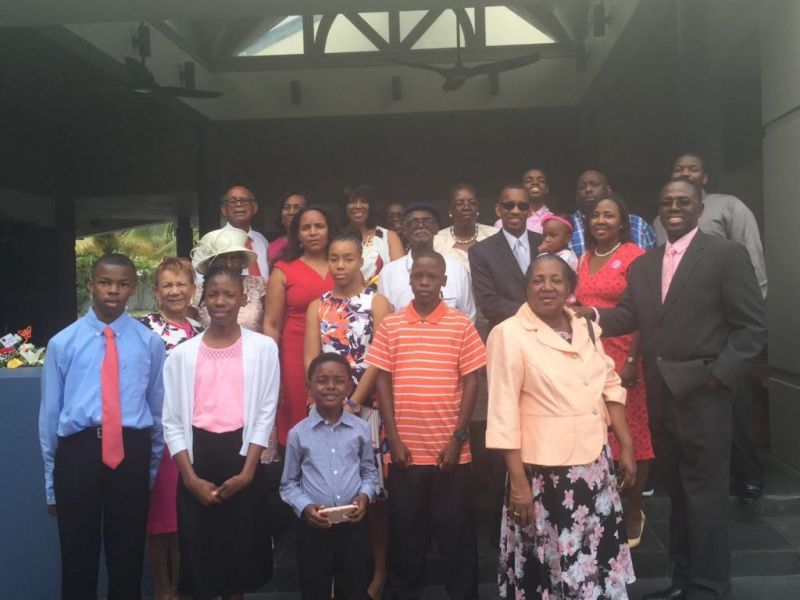 Roosevelt Smith and his extended family.