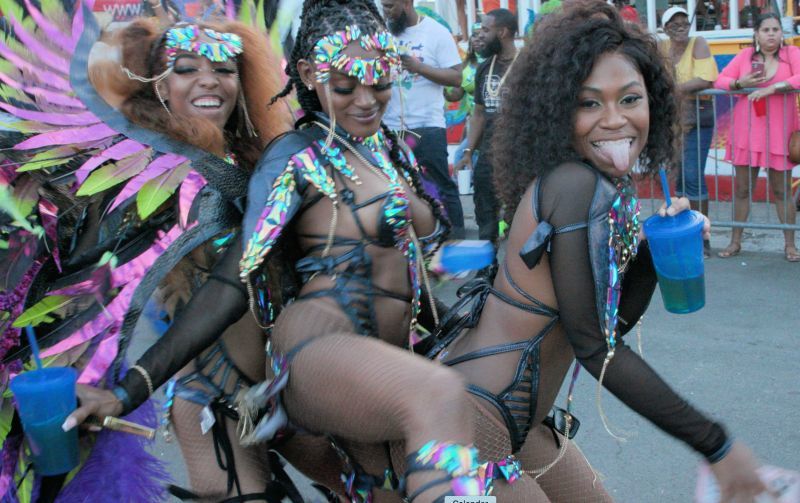 Another successful festival season on St Croix — this year being the 70th anniversary — culminated Friday, January 6, 2023, and Saturday, January 7, 2023, with the Children's and Adults parades respectively, as the first annual cultural extravaganza since the Covid-19 people drew a surfeit of participants both local and foreign to the big island.

The children's event saw 17 entries, including mainstays such as the St Croix Majorettes and the Superior Court Rising Stars Youth Steel Orchestra.

For the adults, there were 22 entries, with powerhouses such as Simply Sophisticated Fun Troupe and Regal Dynasty among the organizations leading thousands of mas players through King Street in downtown Frederiksted.

Though there were hiccups during the Adults Parade, (Shamari Haynes, owner of the Simply Sophisticated Fun Troupe and Division of Festivals asst. director, said he was the victim of sabotage by someone who cut power cables that impacted sound for one of his troupes' truck), and while the event started late, a majority of troupe members appeared to have enjoyed the experience, putting on a show for onlookers near the judges' stand as they made their way to the end of the performance area.

This year's Grand Marshall was WTJX, the longstanding broadcast that has been covering the territory's festival and carnivals for almost half a century. “We went live for our first carnival in 1975 in St Thomas, so we're not new to this, we're true to this," said Tanya-Marie Singh, CEO of WTJX, before thanking those who have supported the broadcast throughout its existence.

She added, "I want to say this specifically: I don’t do this, we do this. My staff does this. My staff is the best. We are on all platforms. We are online and we have a free app. As culture shifts, we will be here to document it.” 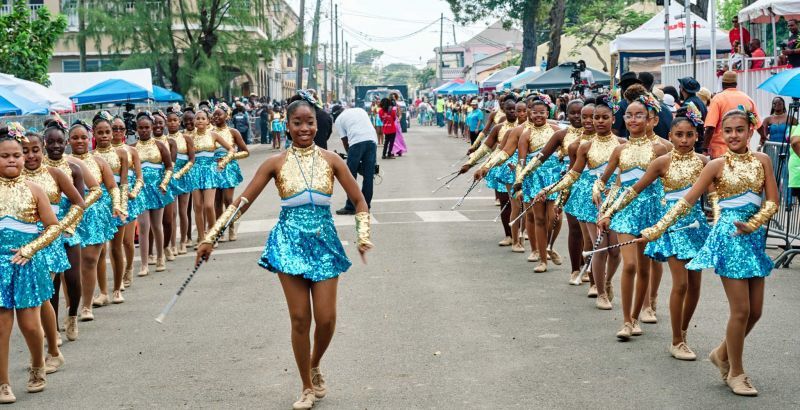 The St Croix Majorettes during Children's Parade on Friday, January 6 2023.


Governor Albert A. Bryan Jr, a lover of culture, on Friday spoke about the joys of seeing the territory's children participate in the festivities and the strong support he witnessed from onlookers. “I am heartened to see so many people come down to celebrate our children. I mean they love this and practiced so hard. You see the St Croix Majorettes working out. It’s good to be down here to celebrate. It’s important to me, so it should be important to everyone else to celebrate our children," he said.

On Saturday he emphasized the growth of troupes over the years after having walked the parade route from end to end as he enjoyed mas in all its splendor. Mr Bryan mentioned the dazzling array of colors and feathers and [British] Virgin Islanders having the time of their lives.

The Adults Parade brought to a close nine days of exhilarating cultural activity on the island of St Croix as part of the 70th Crucian Christmas Festival. From Village nights, which featured several prominent artists, to Food Fair, the annual showcase of Crucian cuisine, to Jouvert and the parade events, along with a plethora of privately-sponsored affairs.

This year's festivities were also marked by Mr Bryan's second-term inaugural activities, along with the presence of President Joe R. Biden who was vacationing on St Croix — making for one of the busiest, most successful Crucian Christmas Festivals in a long time.

Next stop is the VI Carnival in St Thomas, which is scheduled for April 23-30 this year, according to the Division of Festivals.
#COVID-19  #Covid