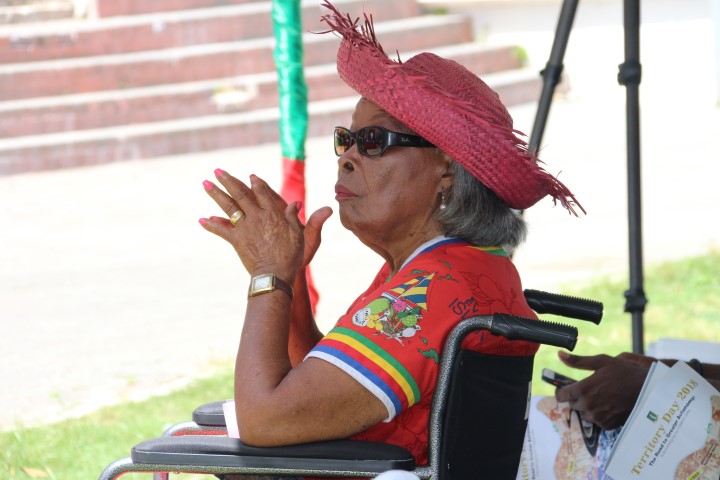 Comments made by former legislator Eileene Parsons during a panel discussion to observe Virgin Islands Day yesterday have elicited a spirited debate among members of the public.

Parsons was speaking at the H Lavity Stoutt Community College when she made the remarks that she described as her very personal opinion.

“A Virgin Islander has to be able to trace his parentage back three generations of Virgin Islanders on both sides,“ Parsons stated in a widely viewed Facebook video clip of the panel discussion.

The former legislator who was previously awarded an Order of the British Empire (OBE), prefaced her comment by stating that she made “absolutely no excuse” for her comments.

The ensuing public debate is about the significance and appropriateness of Parsons’ statement.

Another former legislator, Myron Walwyn, who commented on his Facebook page said the remarks should not be viewed in isolation.

“They (Parsons’ remarks) are a part of the xenophobia that we need to rid our country of,” Myron Walwyn stated. He further argued that the strength of the Virgin Islands lies in its diversity.

Some social media users felt that Parsons’ remarks were archaic and should have remained private as they only served as divisive rhetoric.

Others though, felt that the former legislator was entitled to her opinion and said persons should simply respect it and move on.

In the meantime, another panellist at the forum, Bria Smith, suggested that there needed to be a re-definition of the term Virgin Islander for it to be viewed as more inclusive.

“In this time that we are in, and I guess in this generation that I am in as well, we can rarely find persons that can trace themselves back to that group of persons,” Smith stated.

“Though I can trace my heritage as far back as that, the majority of persons in my age group today cannot. So, the perspective of being a Virgin Islander has changed over the years and I think it has to – I guess all of us now – have to really define or redefine what that looks like,” Smith added.