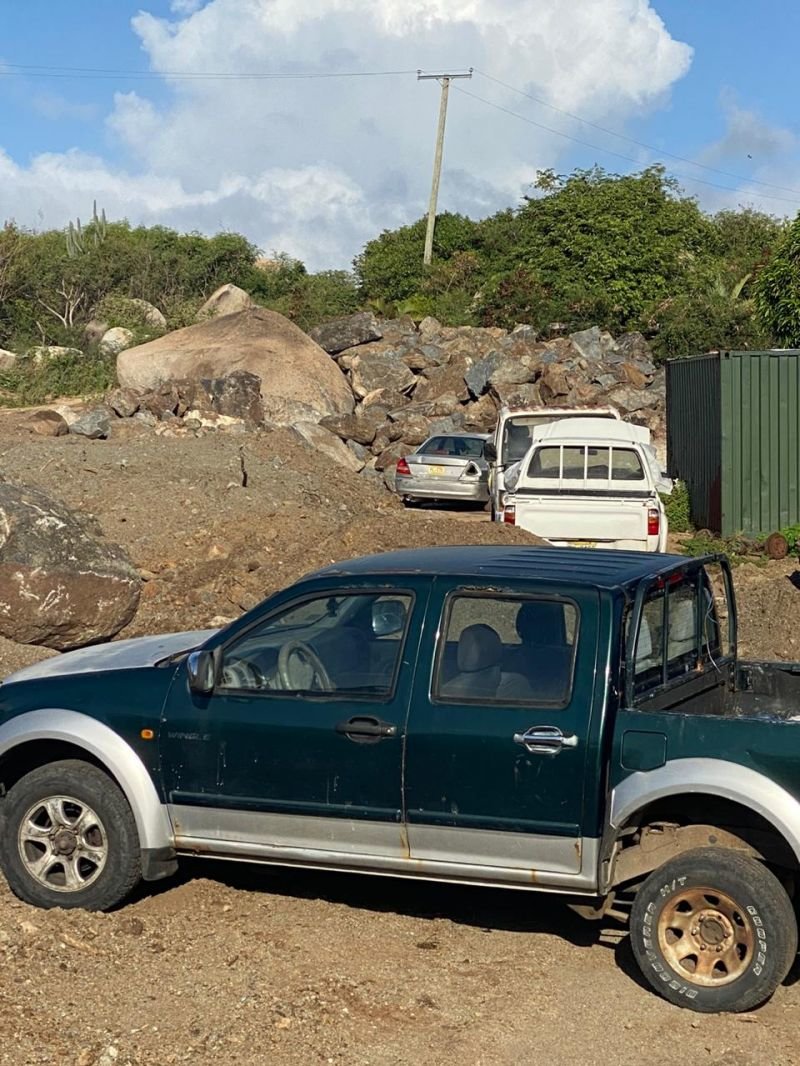 In a developing story, a well-known pastor on Virgin Gorda is being accused of cheating a family in the community of some 12 acres of land and now denying them access to their property.

According to information reaching Virgin Islands News Online (VINO), the matter escalated on Thursday, September 10, 2020, when the pastor proceeded to block access to the family’s property with large rocks and soil and the family retaliated by gathering to stop the works.

‘Not fighting for land’

“They are not fighting for the land. They don’t want him [pastor] to think that they are fighting him for no land, because at the end of the day we all going to leave the land behind.

“The only thing they are fighting for is to get access to get in and out of the property, that’s all,” a source close to the beleaguered family told Virgin Islands News Online.

The source said the property being denied access to by the pastor has tenants. “He took rocks and soil and block in everybody, nobody can get in and out,” the source said.

Representative for the Ninth District and Minister for Natural Resources, Labour and Immigration, Hon Vincent O. Wheatley said he is aware of the land dispute but said 'this is a court matter at this time.

Our newsroom was told that the matriarch of the family had sought to get the land- occupied for over 76 plus years and left by her deceased father- transferred to her and her siblings and had confided in the pastor to get it done. Instead the pastor allegedly took advantage of the woman’s inability to comprehend and instead betrayed the family who trusted and sought to believe the pastor had their best interest at heart.

The woman, who made the mistake of confiding in the pastor while excluding other family members in the process, was also on the scene and cried bitterly at the situation and betrayal by the pastor.

The source said lawyers have told the family they could challenge the matter in court but it would cost a lot of money which the family does not have.

Virgin Gordian and At Large Member and Junior Minister for Trade and Investment Promotion, Hon Shereen P. Flax-Charles said she was aware of the dispute but noted it is a matter for Land Registry and the Ministry of Natural Resources.

“So what they had to do this morning [September 10, 2020] was to block off all the work from happening so there was not trucks or anything to come in to dump all their rocks unless he agrees to give them at least 16ft of easement from the boundary to get in and out of the property.”

According to the source, a survey was done through lands and the boundary moved without permission. “So right now their lawyer told them block them off until and fight this battle back in court just to get an easement.”

The source said family members are disappointed that a so called pastor and man of God would do such a wicked act.

Our newsroom was told that police also showed up at the standoff on Thursday and the pastor told the police he would allow the easement of 16 feet.

The source said they do not trust the pastor as he is already complaining that 16 feet is too much land to give up. They said even the pastor’s brother has tried to convince him to allow the easement.

According to the source, the family will continue court proceedings to get an easement and “accurate and rightful boundary”.

They have been given temporary access in the meantime.

The pastor in question did not immediately respond to our request for comments.

Virgin Gordian and At Large Member and Junior Minister for Trade and Investment Promotion, Hon Shereen P. Flax-Charles said she was aware of the dispute but noted it is a matter for Land Registry and the Ministry of Natural Resources.

Representative for the Ninth District and Minister for Natural Resources, Labour and Immigration, Hon Vincent O. Wheatley only said “this is a court matter at this time.”