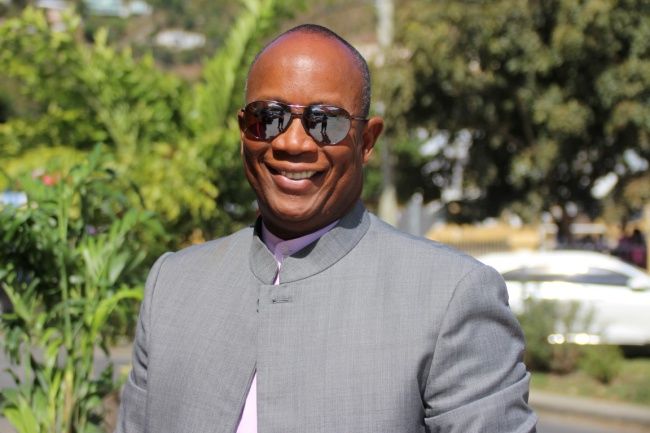 Pastor Skelton Cline urges Christians to get involved in politics

Political commentator and clergyman, Pastor Claude Skelton Cline has urged those who identify as Christians to get involved in local politics as they have an important role to play in the governance of the territory.
Skelton Cline said it isn’t biblical for Christians to live sacred lives and stay away from matters that affect everyone in their societies. He said the church is seen as an institution with good people and should therefore try to make its presence felt in important areas like politics and governance.

“It doesn’t make any sense to talk about justice, fairness and equality on Sunday and you’re not involved on Monday. The decisions about people’s lives aren’t made on Sunday, they’re made in the Cabinet on Wednesday,” Skelton Cline argued during his Honestly Speaking radio show yesterday.

“If prayers don’t result in policies, then you better get up off your knees.”

He reminded Christians that it is normal for the church to be active in local politics and good governance as throughout history, the church’s efforts have helped to change the lives of many groups who were disenfranchised in societies around the world.

“Peoples of the earth have benefitted from the work that church folk did in America. Ninety-nine per cent of the work done to advance black people and people of colour in the United States was done by the church,” Skelton Cline explained.

Skelton Cline is a member of the clergy who has been active in local politics for years. He has been a part of a few political scandals in the territory and was even called to give statements to the Commission of Inquiry last year.

During the lead-up to the 2019 general election, Skelton Cline’s behaviour on the campaign trail forced the board of trustees at the New Life Baptist Church to distance themselves from him.

He later opted to take a leave of absence from his pastoral duties at the church.

Christianity in the BVI


Christianity is the dominant religion in the BVI but while churches are usually vocal on some issues such as those related to LGBTQ rights in the BVI, they are usually quiet on many other matters of national importance.

Recently, Premier Natalio Wheatley expressed that Christians should get involved in the territory’s ongoing constitutional review process as they can give their input on important issues such as the definition of marriage.

At the time, the Premier said he would ask the BVI Christian Council to organise a meeting with the territory’s churches to make them aware and give their opinions to the Constitutional Review Commission.
#Commission of Inquiry