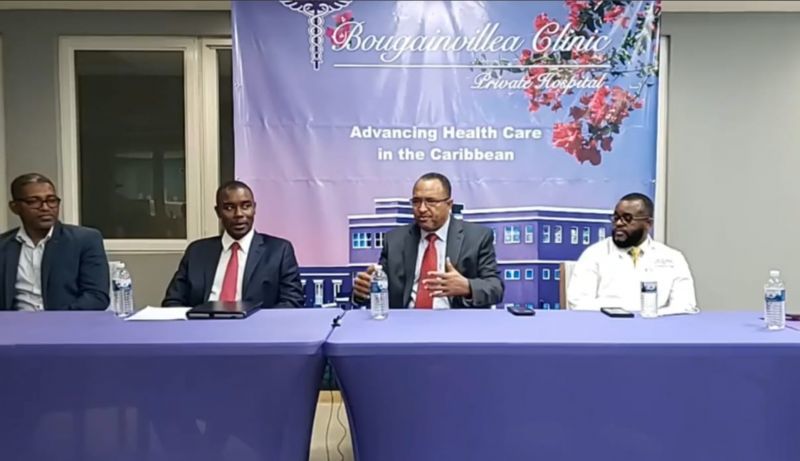 Resident cardio-thoracic surgeon Dr. Rodger Miller has reported that following the landmark open-heart surgery in the Virgin Islands on November 16, 2021, the female patient who’s an employee of Rite Way, is recovering well.

Dr. Miller was one of the surgeons in the operating room and explained that just like a house, with an entrance and exit door on each side of the heart, “The problem was the exit door, and something is stopping it from opening. So blood is getting in but it can’t go out properly. So our objective was to fix this door.”

“So we removed this valve, so the doors are the valves, our objective was to take out that diseased valve and replace it with a new valve so that is what we did.” 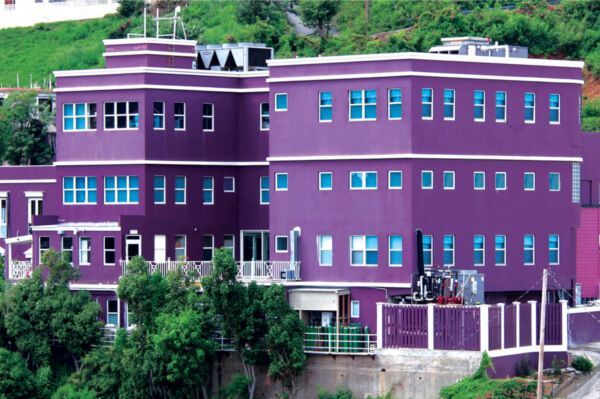 Located in the Virgin Islands, the Bougainvillea Clinic is a private hospital in the territory.

Dr. Miller said a major part of the surgery was to stop the heart for close to two hours.

He said a heart/lung machine took over the functions of the heart and lungs during that time.

“I must say the procedure went very well, operating time was probably a little bit over four hours and the patient is doing very well.”

The patient was able to appropriately respond to commands shortly thereafter and continues to recover well in the intensive care unit (ICU) at the Bougainvillea clinic.

Medical Director at the clinic, Dr. Heskith Vanterpool said the surgery went well and it was a massive team effort.

“So it is a big team effort. I was quite surprised by the kinds of things that I saw, the kind of emotions that it generated particularly when the heart was stopped, there was no breathing for about an hour and a half, but the Perfusionist did a masterful job."

Post-surgery the patient was attached to the ventilator in ICU overnight, but for most of that time was breathing completely on her own and so the breathing tube was removed from the airway early the next morning.

She was able to communicate in a normal voice and was able to move without difficulty in bed the following morning.

A team of ICU nurses, visiting from the University Hospital of the West Indies, and local nurses continue to look after the patient in this early recovery phase. It is anticipated that she should be discharged from clinic within 5-7 days or so, the latter few days necessary to get her blood thinned into the desired range.

Surgery believed to be first open-heart in Eastern C'bean

It was decided to implant a mechanical valve rather than a bioprosthetic valve because of the patients relatively young age because those valves have a life span of 30-40 years after implantation but the patient may be kept on special blood thinners for this entire time.

This surgery is believed to be the first case of open-heart surgery performed in the English-speaking Eastern Caribbean (Barbados and St Croix excluded).