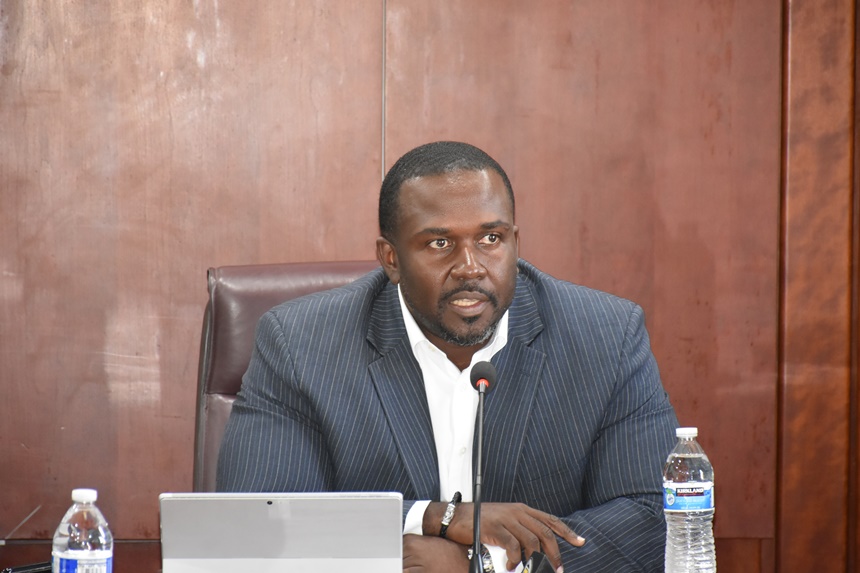 Opposition Leader Marlon Penn said he wants what is known as ‘recall legislation’ to be implemented for non-performing legislators in the BVI.

A political recall is a process by which citizens can remove elected officials from office before their term is completed.

Penn listed this among a number of measures he felt would add to good governance and constitutional advancement in the territory. It was part of a written position statement he was invited to send to the Commission of Inquiry (COI) recently.

Speaker should be elected Member of the House

Penn also called for a policy mandating that the Speaker of the House of Assembly (HOA) become an elected member of the HOA.

He said this measure would allow HOA speakers to only be answerable to voters. This, therefore, would create greater accountability over the current system where speakers potentially have an intrinsic allegiance to the governing party that appoints them.

Governor should not Chair Cabinet

Penn also advocated for constitutional changes that would allow greater self-government by elected officials. He said these changes would include removing the governor as a sitting member of the Cabinet and installing the Premier as chairperson.

Additionally, the Opposition Leader said Junior Ministers should be allowed to attend Cabinet and be part of the deliberations, even though they may not have a vote.

Penn said he also felt there was a need to increase the number of government ministers to allow for greater management of the voluminous and complex ministerial portfolios.

He also offered that there should be a bicameral parliament in the BVI to provide for greater scrutiny of bills and government policies.

Penn said he felt this could lead to greater efficiency, effectiveness, and responsiveness as well as greater participation in the BVI.