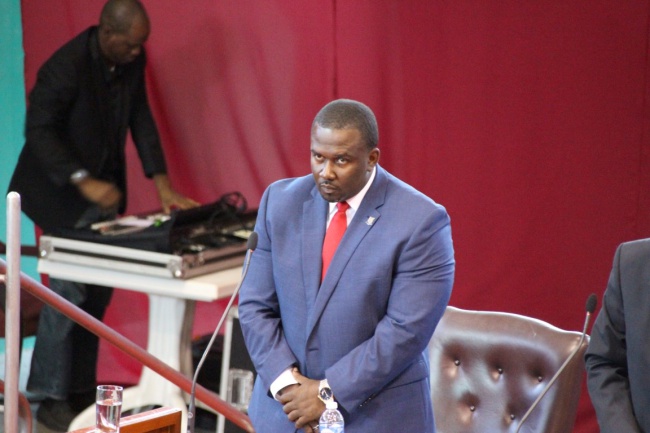 Opposition Leader Marlon Penn has accused the Premier of misrepresenting projected figures that will come from the cannabis industry if the Cannabis Licensing Act was to be given assent.

The Act, which was passed in the House of Assembly, did not find favour with former Governor, Augustus Jaspert who did not give assent to the Bill and instead sent it to Britain adding at the time, “BVI must work with UK officials to establish the legislation because it is now out of his (the Governor’s) control”.

This has been the source of some consternation for the government ever since.

“The reality is that the revenues that the Premier is counting … it’s impossible for the Premier to gather those revenues from medical marijuana in the BVI,” Penn said on the NDP Radio show earlier this week.

“The numbers that are being spouted is totally false … To recognise revenues in the ranges that they are discussing is smoke and mirrors,” he emphasised.”

During the Standing Finance Committee process last year, Health Minister Carvin Malone had said government had not entered the marijuana business but will rather “be involved in the sale of medicinal marijuana products”.

Despite this assertion, Penn said persons in the territory were under the mistaken impression that marijuana would become legal under the new legislation and said some discussion needs to take place to educate persons on the issues relating to the Bill.

“I think the reality is that a lot of persons believe that once this legislation is enacted that somehow recreational smoking will be legal – that’s far from the case,” Penn stated.

He said the Bill speaks to an investor driving the process of the growth of the industry and will determine issues such as what strains will be grown as well as the cost of products.

He further noted that medical marijuana is absent Tetrahydrocannabinol. It is more commonly known as THC and is main psychoactive compound in cannabis that “gives you the high”.