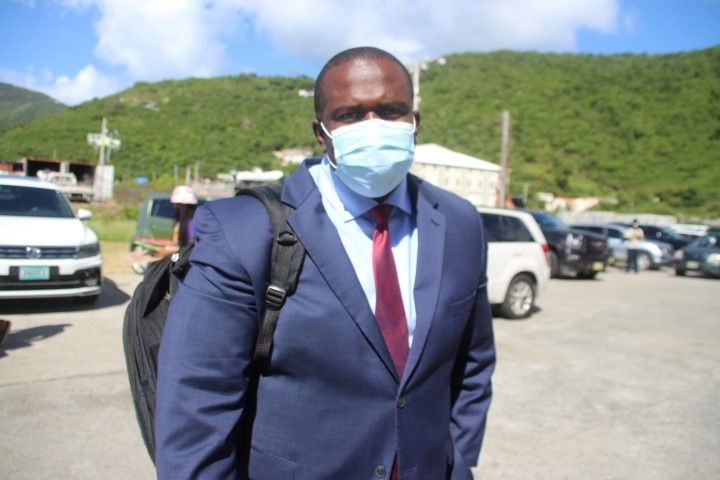 Opposition Leader Hon. Marlon Penn is opposed to any proposal for a salary increase for backbenchers and opposition members at this time.
Hon. Penn told BVI Platinum in an invited comment, that the timing is not right.

His comments come following a statement by Premier and Minister for Finance Hon. Andrew Fahie Premier who signalled his intentions to push for government backbenchers and opposition members in the House of Assembly to receive the same salary level of Ministers of government.

On October 28 in the House, Premier Fahie said: “There is a significant salary difference between a minister and the backbenchers, and opposition [members] whose salary be the same. And eventually, as we do the Constitutional Review, I will promote that the salaries be even for all legislators so that whether you are a minister or not the salaries are even."

Speaking to the issue, Hon. Penn said: “The salary increase, I learnt about it, and I am sure many of us in the Opposition learned about it during the comments that he [Premier] made in the House of Assembly the other day. So in terms of the details and the specifics of it, I am not aware of anything like that; we have had no discussions about it except that I know that the timing isn’t right to have something like that done, considering all the other issues that is affecting the country.”

The Opposition Leader also said the issue has “always been an issue on how the salary is calculated. I think the base salary has always been a source of contention, but with all the allowances… you know.”

In April of this year, the HoA passed the Retiring Allowances (Legislative Services) (Amendment) Act, 2021, which is to facilitate a retiring allowance plus a salary based on the number of years of service to retired legislators.

Government received criticisms over this move, but Premier Fahie said it would enable retiring legislators to live a life of ‘dignity’ after active politics.

Earlier this year, Legislators were forced to walk back on plans to have taxpayers foot the bill for insurance coverage for House of Assembly members. This was done after stinging criticisms from the public, and this led to finger-pointing between the Opposition and Government Members as to which side was pushing to implement the insurance plan.
#Fahie