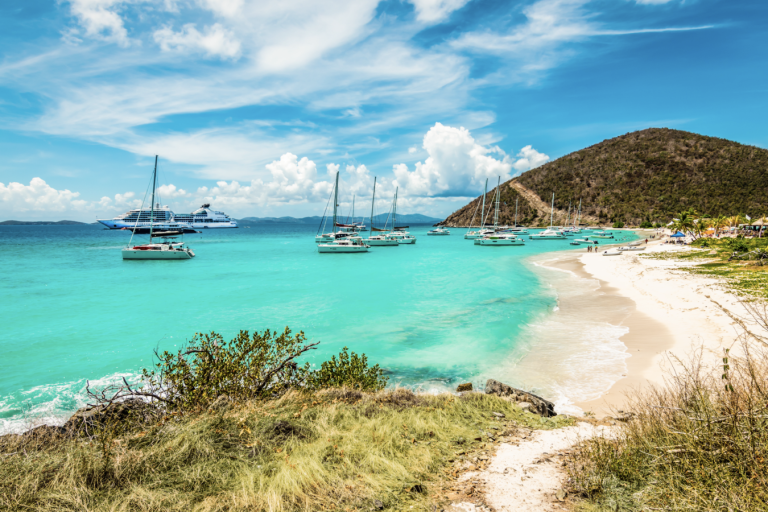 As the neighbouring US Virgin Islands (USVI) continue to welcome charter yacht operators to its shores, the BVI government is being accused of making it challenging for charter yacht professionals to operate locally.
Opposition Leader Marlon Penn levelled those criticisms at a recent Opposition-held press briefing.

Penn said the USVI was able to raise its revenue to close to $100 million during the height of the COVID-19 pandemic while BVI’s revenues, in contrast, have remained stagnant or have regressed.

“We are seeing where they are putting policies in place to welcome our marine and charter industry practitioners into the US Virgin Islands while we create a public relations firestorm for the businesses that operate within our space and have continued to contribute economically to the development of persons within that space.”

“They are welcoming our customers, making adjustments to their laws and their policies while we are being strong armed and strong arming our economic activity in our country,” he said.

The Opposition Leader’s comments follow closely on the heels of a clampdown by Her Majesty’s Customs (HM Customs) in recent weeks on charter yacht businesses which reportedly fell afoul of the BVI’s maritime regulations.

At the time of the recent enforcement activity, scores of vessels were grounded and hundreds of thousands of dollars in fines were levied against the Moorings and other local charter yacht companies.

A PR maelstrom ensued which saw government officials laying the blame squarely at the feet of the charter yacht industry for its continued breaches of safety and other regulations which the government said were essential for compliance with maritime law.

Apart from these infractions however, the charter yacht industry have made complaints about HM Customs over the last few months. Those complaints surround the way in which yachts have been approached and searched during enforcement exercises conducted by some its officers.

Meanwhile Penn, has continued to lambast the government for its apparent lack of leadership and knee-jerk responses to repeated crisis situations.

According to the Opposition Leader, the government cut the social services budget in 2021 by as much as 33 per cent, in some instances. He said this happened during a time when the BVI was going through a social crisis.

“Leadership matters,” Penn argued. “We have to ensure that we have a government and a group of individuals with a vision for moving this country forward who understands the balance between the policies and regulations but they understand the importance of the economy and the welfare and the wellbeing of its people. We don’t see that right now.”
#COVID-19  #Covid