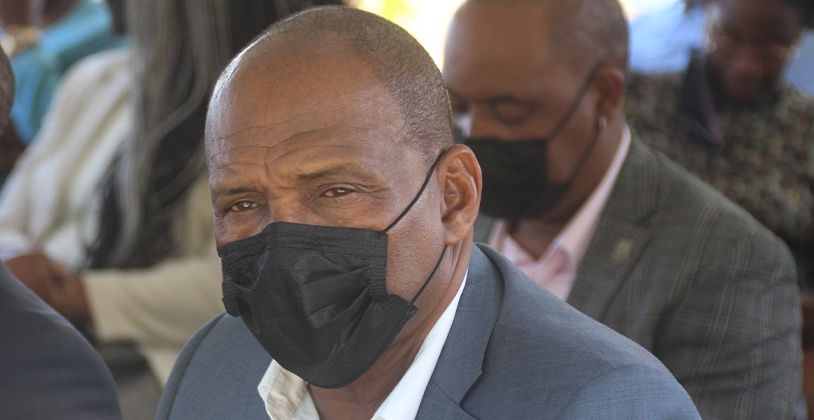 The government is being challenged to access money from the Social Security Board (SSB) to help stimulate the economy during these difficult times.

Opposition Member, Hon. Mark Vanterpool said it is unfortunate that the people of the BVI are suffering and the Social Security Board (SSB) has some $1B. He was at the time speaking under the debate of the proposed Virgin Islands Investment Act, 2020 yesterday, August 19.

The former Communications and Works Minister clarified, “don’t be mistaken I am not telling you go take up the social security board money and give it away. I am saying take it and stimulate economy and create economic activities in the public sector. That is investment.”

The Virgin Islands Party (VIP) administration has already accessed $40M grant from the social security board last year as part of its $62.9M stimulus package to help cushion the effects of COVID-19.

Hon. Vanterpool said that its prudence that a 35,000-population economy has a $1B fund.

“So what we are going to do, just sit there and say wow, beautiful fund, one thousand billion dollar somewhere out there and we are all afraid to touch it. But guess what we are giving it to the United States to build their bridges, to build their roads, [Fannie Mae and Freddie Mac] housing programmes,” he said.

The Fourth District Representative believes that the issue has to be with mistrust.

Vanterpool further said, “We have money to invest in the territory and we should invest that money in the Territory of the Virgin Islands and stop this 'untrusting' thinking. Discontinue this behavior that we don’t trust ourselves to develop our own country with our own funds.”

The Old Boys Did It

He made the point that former leaders including the late Ralph T. O’ Neal, H.L Stoutt, and Cyril B. Romney, were not afraid to borrow money to help stimulate the economy.

“Government has a role to stimulate the economy and there are some who are fearful and afraid to borrow to stimulate the economy but when you go back to the context of the H.L Stoutts, Ralph T. O’Neals, Cyril B. Romneys, and Dr. Willard Wheatley, those old boys time, they borrowed money, they were not afraid. They built the port, that’s a huge investment,” he asserted.

Hon. Vanterpool mentioned that the BVI normally has an outstanding borrowing of a $100M.

“I don’t know how much it is now. We have a good reputation of paying it back, and we should not be afraid to keep borrowing to stimulate the economy and pay it back, that is how economies grow,” he stated.

The Opposition member maintained that there are times when the government must find ways to stimulate the economy and one such time is now, in the midst of the pandemic.

“All that is happening the government ought to seek any way possible to stimulate the economy, borrow the money, spend the money in the economy,” Hon. Vanterpool urged.