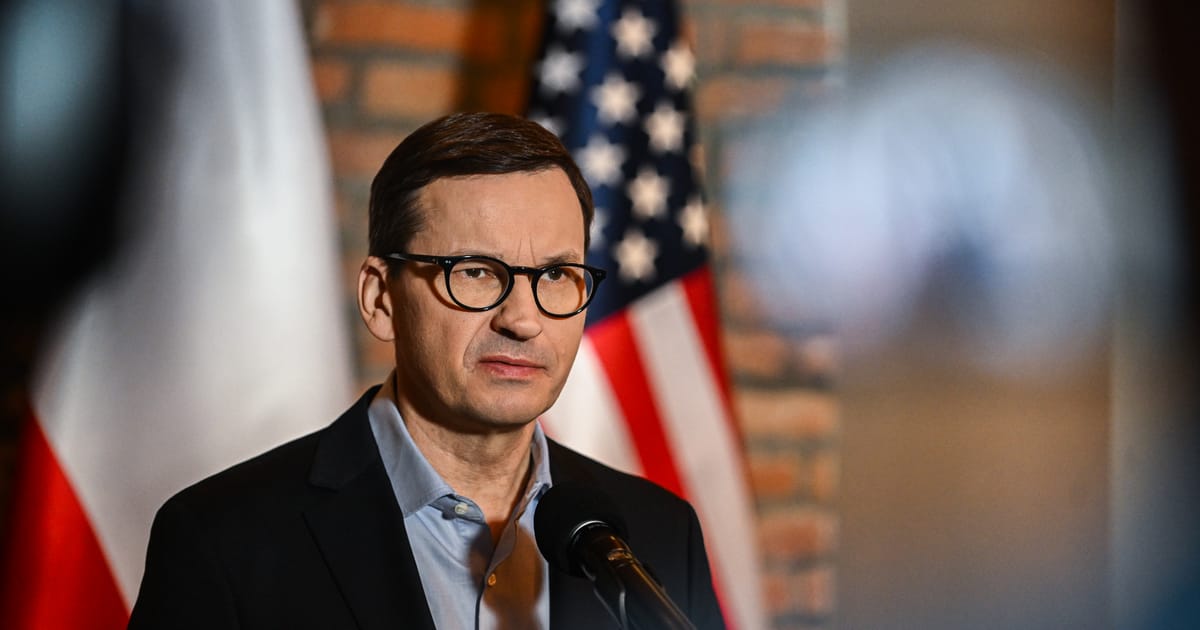 “We assume the overall cost at around $20 billion,” he told reporters, adding: “The upfront capital investment is big but once a nuclear power plant is operational, the cost of generating electricity is relatively low.”

Poland is looking at nuclear power to reduce its dependence on coal, which still accounts for around 70 percent of the country’s energy mix. That also dovetails with an effort to end reliance on Russian coal, oil and gas.

“The need to become permanently independent of energy supplies and energy carriers from Russia is linked to the need to accelerate investment in the construction of Poland's first nuclear power plant,” the government said in a decree approved Wednesday.

Poland is one of the few countries in Central Europe with no nuclear power sector; an effort to build a power plant in the 1980s was thwarted by the 1986 Chernobyl disaster and by Poland’s financial woes.

Warsaw’s nuclear plans are ambitious. The official strategy assumes building six reactors in two locations by the mid-2040s but Morawiecki said a third location is not out of the question.

On top of the government program with Westinghouse, there is a parallel business-led effort with South Korea. Poland’s utilities ZE PAK and PGE signed a letter of intent Monday with Korean company KHNP to analyze a power plant that would be built in central Poland.

The Westinghouse power plant will be built in Choczewo on Poland’s Baltic Sea cost, around 80 kilometers northwest of Gdańsk.

The exact location will be pinpointed once the project secures an environmental permit, Climate and Environment Minister Anna Moskwa told the same briefing.

The goal is to begin construction by 2026 and to start operations in 2033.

Although he sketched out the possible scale of the investment, Morawiecki didn’t provide more details on the financing of what will be one of Poland’s most ambitious infrastructure projects.

“We have financing secured for the current early stages of the project. The bulk of the money will be needed later on and there are several ways of securing it,” he said.

If all of the plants being talked about get built, nuclear power could supply about supply 30 percent of Poland’s energy mix, Moskwa said.

“A strategic partnership with the U.S. to build the first nuclear power plant is a civilizational leap for us to strengthen energy security,” she tweeted.

The three bidders for nuclear projects in Poland were Westinghouse, KHNP and France’s EDF.