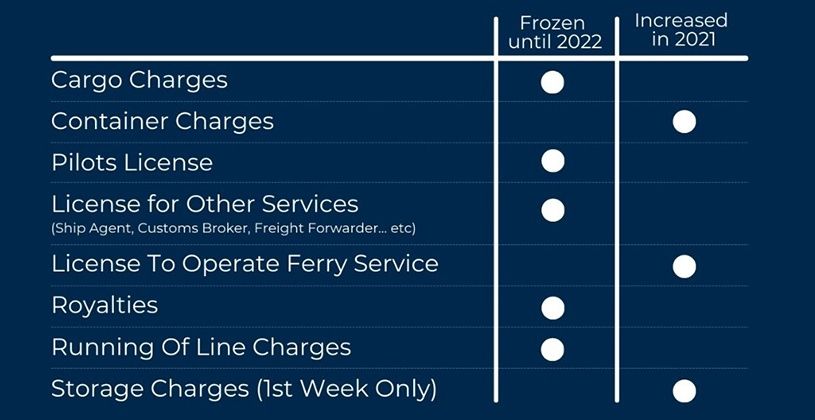 The British Virgin Islands Ports Authority (BVIPA) has announced plans to refund persons who would have paid increased fees which were deferred shortly after they took effect.
The BVIPA walked back some of the new fees following public outcries from the Opposition in the House of Assembly and business groups, including the BVI Chamber of Commerce and Hotel Association.

"The fee increases already implemented and paid by stakeholders on March 15th, will be refunded. Individuals seeking their refunds are required to provide the paid receipt and documentation, and BVIPA would calculate the refund accordingly. Those were fees for licenses for Customs broker, Agent, storage, wharfage, line handling, container, and vehicles," the BVIPA stated.

The BVIPA further stated that in line with the Authority’s new initiative to further engage with stakeholders, the Board and Management appreciate the feedback of all concerned in the process of arriving at the decision to postpone the fees.

"While this arrangement will not bode well for the enhancement of port facilities and technological usage to deliver more efficient services, it is important in building partnership. The Authority will continue to look for diverse ways to raise revenue in the short-term. The upcoming reopening of the seaport to welcome back cruise tourism will provide some measure of relief, but it will not go far enough to meet the costs of the planned upgrades that are needed to maximize efficiency in rendering services," the BVIPA explained.

In the short-term, the Authority stated that it will shift its focus to the employment of the safety and security standards demanded by the pandemic to protect all stakeholders, visitors and the BVI public, as well as to maintain the international certification of the ports.

"While this is being done, the Authority implores the patience of immediate stakeholders and the general public, as the process towards port transformation will be delayed, given the current fiscal challenges. The redeployment of the limited resources will consequently cause setbacks in infrastructure upgrades, and, occasionally, service delivery," the BVIPA stated.

Premier and Minister with responsibility for Ports, Hon. Andrew A. Fahie, announced on Thursday, April 8th, the postponement of port fee increases to 2022.

Accoriding to the BVIPA, the majority of fees, included those scheduled to take effect next month, will be postponed to January 2022.

Fee increases for the following items have been deferred, and will now take effect January, 2022.