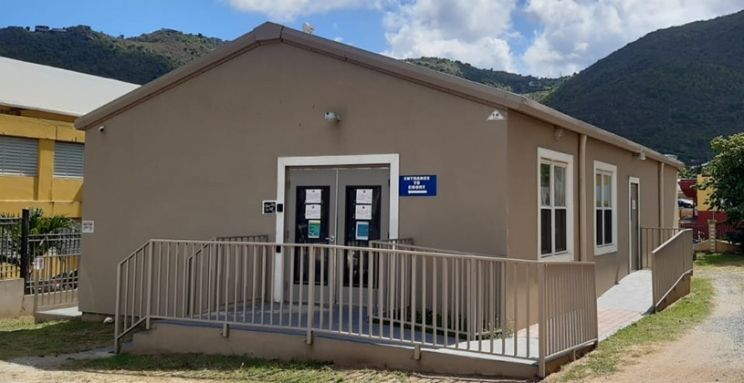 A St. Kitts national was charged with the offence of Criminal Trespass after he touched his female coworker’s feet while she was asleep, despite his claims of the incident being a prank gone wrong.
Sheldon Deming, who was a Woodwork teacher at the Bregado Flax Educational Centre, appeared before Magistrate Christilyn Benjamin on Thursday, April 29, to answer to the charges.

He pleaded guilty to the charge when it was read to him.

According to Crown Counsel Jamal Bridgewater, the two were coworkers in the employ of the Bregado Flax Educational Centre on Virgin Gorda at the time of the incident on October 1 2018.

At the time, her roommate was travelling and left her keys with the defendant.

Bridgewater informed that on the day in question, the defendant went to the Virtual Complainant (VC)’s home to assist her to assemble a desk in her bedroom.

They completed the task sometime after 9 pm, and the defendant went into the living room to watch television while the VC remained in her bedroom on her phone.

At about 11 pm, the VC noticed that the lights in the living room were off, and the front door was locked. Assuming that the defendant had left, she removed her clothing and went to bed, leaving her bedroom door open as per her regular routine.

Sometime after 1 am, the VC got up to use the bathroom and checked the apartment, including her roommate’s room, before heading back to bed and did not see the defendant in the apartment.

At around 3 am the VC was awoken by someone in a bending position over her bed touching the sole of her feet, moving from the instep to her calves.

She then called the defendant’s name and grabbed her cellphone, which was on the bed and turned on the lights.

She then alerted the neighbors, and while on the porch, the VC received several messages from the defendant indicating that the roommate’s vehicle had been giving trouble, so he had walked home.

The VC asked the defendant to leave and took the house keys from him. A report was subsequently made to police, and investigations commenced.

On October 16 the defendant was met, informed of the report and arrested. During an interview with police, the defendant admitted to going into the VC’s bedroom and touched her foot, but claimed it was only a prank that went too far.

His attorney Marie-Lou Creque told the court that her client was already on bail and, despite his guilty plea, should be made to remain on bail until sentencing.

The court agreed and adjourned the matter for June 15, where he will be sentenced.