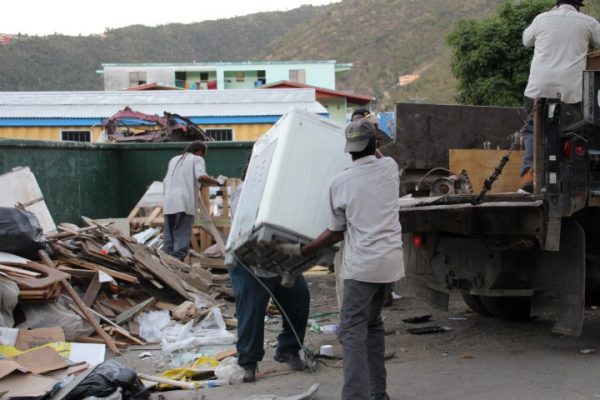 The government will be spending just under a half-million dollars to restore the territory’s closed-circuit television (CCTV) network and it is hoping this restoration will bring them a step closer to identifying persons involved in indiscriminate dumping locally.
Premier Andrew Fahie gave that indication recently when he signed a contract with Cable and Wireless BVI Ltd to rebuild the backbone surveillance infrastructure destroyed during the September 2017 hurricanes.

The leader of government business said the project, which is valued at more than $411,000, will not only support the efforts of law enforcement in detecting and preventing crime.

“From districts One to Nine, we see stoves, even refrigerators outside bins. Persons would never know how many times government has clean up around these dumps. It is only a minority of persons that are guilty of this, but it is a growing trend and it reflects badly on all of us. This [project] will help us tremendously in identifying the culprits,” the Premier said.

In the meantime, works for the project is expected to commence shortly. Those works will involve the installation of a dedicated fibre network for the CCTV system through the territory.
#Fahie