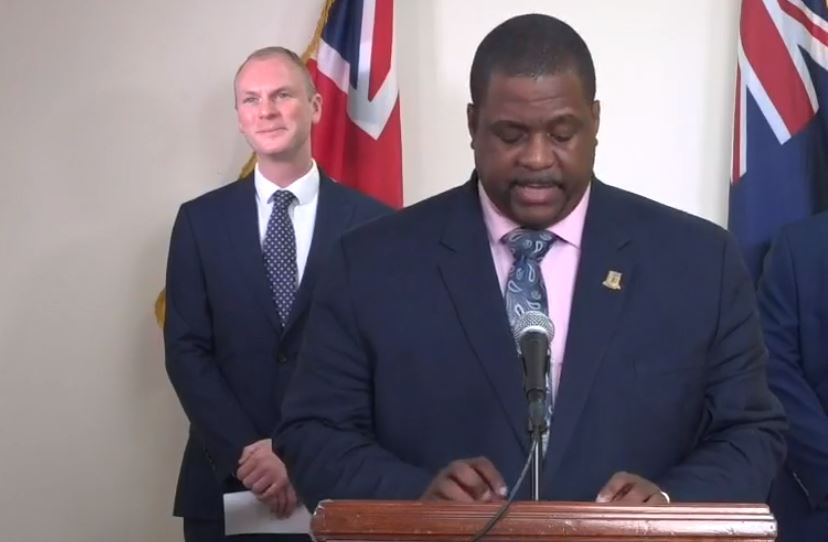 Describing them as irresponsible and baseless, Premier Andrew Fahie has blasted recent comments linking local elected officials to the drug trade and criminality.
Former governor Augustus Jaspert expressed the allegations when he gave evidence before the Commission of Inquiry (COI) just a few weeks ago.

But while speaking on ZBVI radio recently, the Premier said: “We really think that the comments by the former governor are irresponsible to state what he has stated about high-level officials being linked to drug dealers.”

“Whether dealing with drugs or otherwise; it’s an irresponsible statement,” the Premier added.

He insisted the former governor’s comments were made without any facts and were not part of the COI’s terms of reference.

Furthermore, the Premier said the COI has not given any information that has substantiated any of the statements made by the former governor.

“Those statements are so irresponsible that they create reputational damage for the country and we told him that he does need to give the BVI an apology because those things are not right,” the Premier added.

Premier Fahie said the former governor was told that the demand for an apology has nothing to do with the government’s support of the Commission of Inquiry, but rather with the name of BVI.

“The name of the Virgin Islands means a lot because we trade on our name and we have built a name in financial services and tourism and for one person to just come forward with these irresponsible statements shows that they need to apologise,” Premier Fahie argued.
#Commission of Inquiry  #the Virgin Islands  #Fahie  #CoI