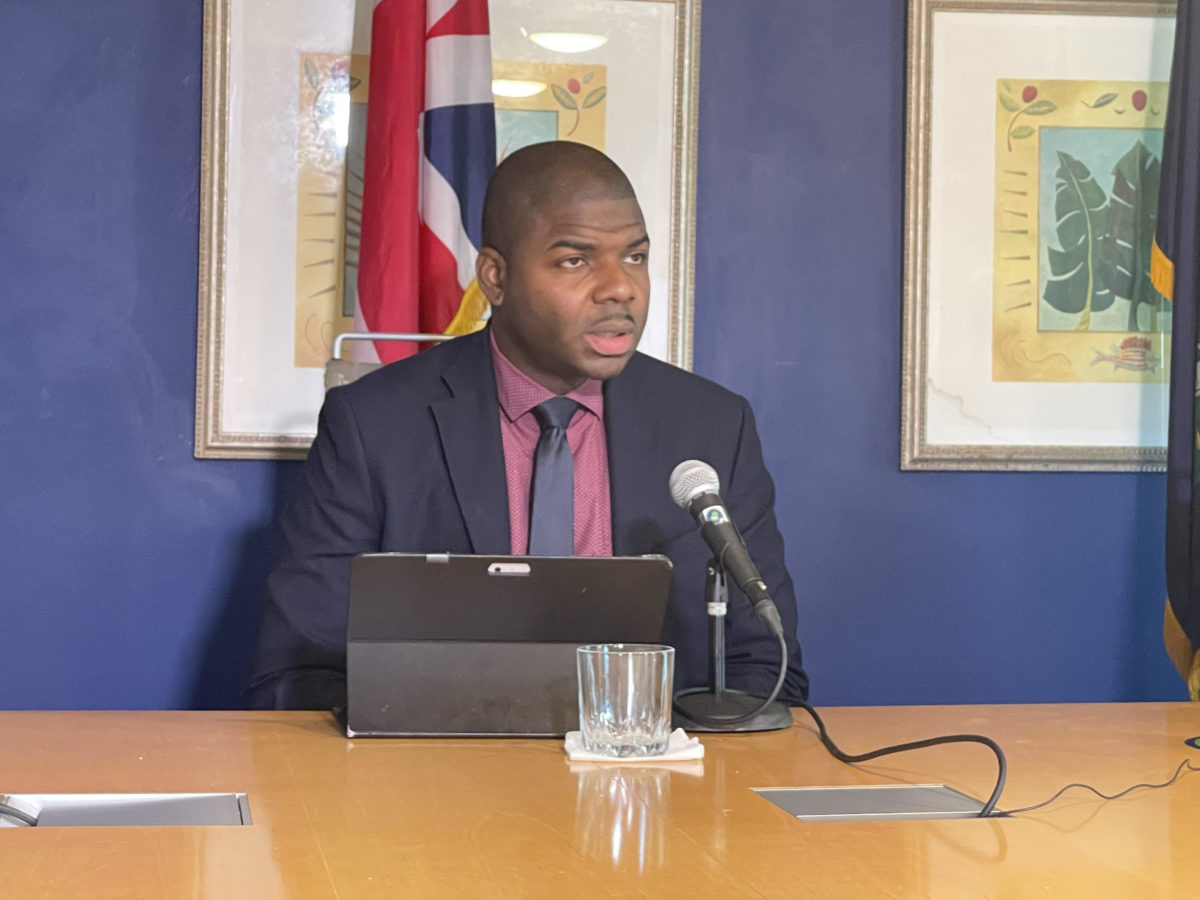 Media personality Cindy Rosan this morning pressed Premier Natalio Wheatley to confirm whether the government abided by all local laws in the recent hiring of at least three non-belongers.
The non-belongers are reportedly working with the Government Information Service (GIS) which falls under the Premier’s Office.

According to Rosan who questioned Premier Wheatley during a press conference on Friday, the two non-belongers were working in the private sector before they were hired by the government. According to local laws, expatriates who end their contracts with local companies must leave the territory for a certain period before they can join another company in the territory.

However, Rosan said she was certain the persons didn’t leave the territory for the stipulated time before they were hired by the government. She added that she sought these answers from the appropriate government departments but they failed to give her answers.

“Do you find it appropriate as the Premier to break the labour laws to hire persons who prefer to live in the BVI and not return home after it didn’t work out with the local companies they were hired through while qualified Virgin Islanders and Belongers sit at home unemployed?” Rosan pressed the Premier.


In response, the Premier as well as Chief Information Officer Desiree Smith said the jobs were formally advertised and were not taken up by any Virgin Islanders or Belongers. The Premier also mentioned that it is generally difficult to find locals with expertise and training in media and communications, adding that even private media companies have to seek expatriate workers to fill these posts.

The Premier also said salaries for technical posts are often an issue for many locals and added that the government is working to improve these conditions to entice locals to enter these fields.

Seemingly dissatisfied with the answers given, Rosan referred to the recent Commission of Inquiry and its recommendations for good governance before adding that, “we know that there are qualified Virgin Islanders that can do the job these persons were hired to do…”

In response, the Premier said he is unaware of any local laws that were violated and asked Rosan to show proof of locals who applied but were overlooked for the media roles in government.

At this point, a non-aggressive back-and-forth ensued between Rosan and the Premier before Rosan was asked to proceed with her questions.


That’s when Rosan asked: “You are accused by members of the public of having inappropriate relations with at least two of the persons listed and that you continue the trend of abuse of power with the office you hold. Can you put these accusations to rest?”