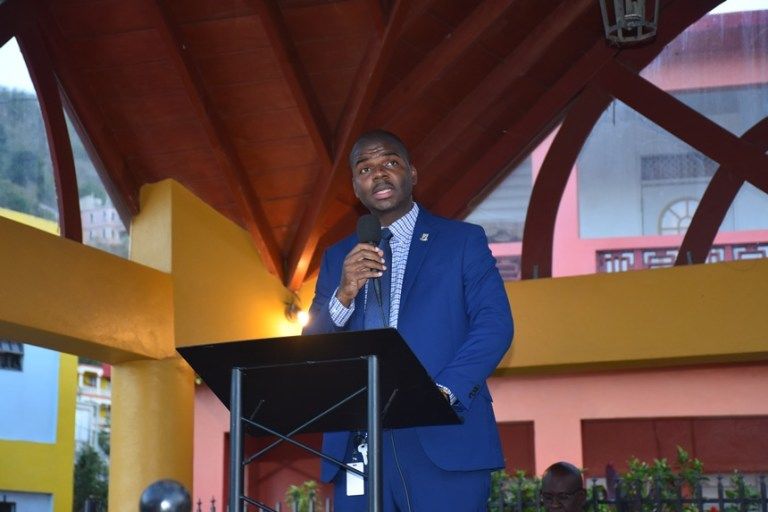 Premier Dr Natalio Wheatley has denounced the double murder that happened on the eastern end of Tortola last Friday, October 21. Premier Wheatley urged the public to give information to the police to bring the perpetrators to justice.
The police have not yet disclosed the motive for the shooting which claimed the lives of two men and injured two others who were at the scene.

The deceased gunshot victims have been identified as 28-year-old Kadeem Frett of Long Look and 28-year-old Kawa Cornwall of Long Bush.

Premier Wheatley said the shooting is a great tragedy and called for the community to support the families who were affected by the incident.

“One of the young men who lost his life is a cousin of mine and also one of my constituents and certainly this tragedy has impacted his family greatly. He just buried his grandmother and one of his children lost their mother already — so that child is without a father or mother,” Premier Wheatley explained.

“I send sincere condolences to his family as well as the family of the other young man who lost his life,” Premier Wheatley added.

He called the community to turn away from violent acts and find better ways to resolve conflict.

The shootings last weekend brings the BVI’s murder count to six since the start of 2022.

They come amid public backlash the Police Commissioner is facing for a leaked viral video he was recently working on, which portrayed the BVI as a crime-infested place.

Some residents were offended by the video and called for action to be taken against the Commissioner. However, Governor John Rankin confirmed that a formal investigation was done and it was determined the Commissioner did not commit any criminal offences.

In the meantime, some sections of the community have expressed that the viral video about crime in the BVI simply tells the truth about happenings in the community.
#John Rankin