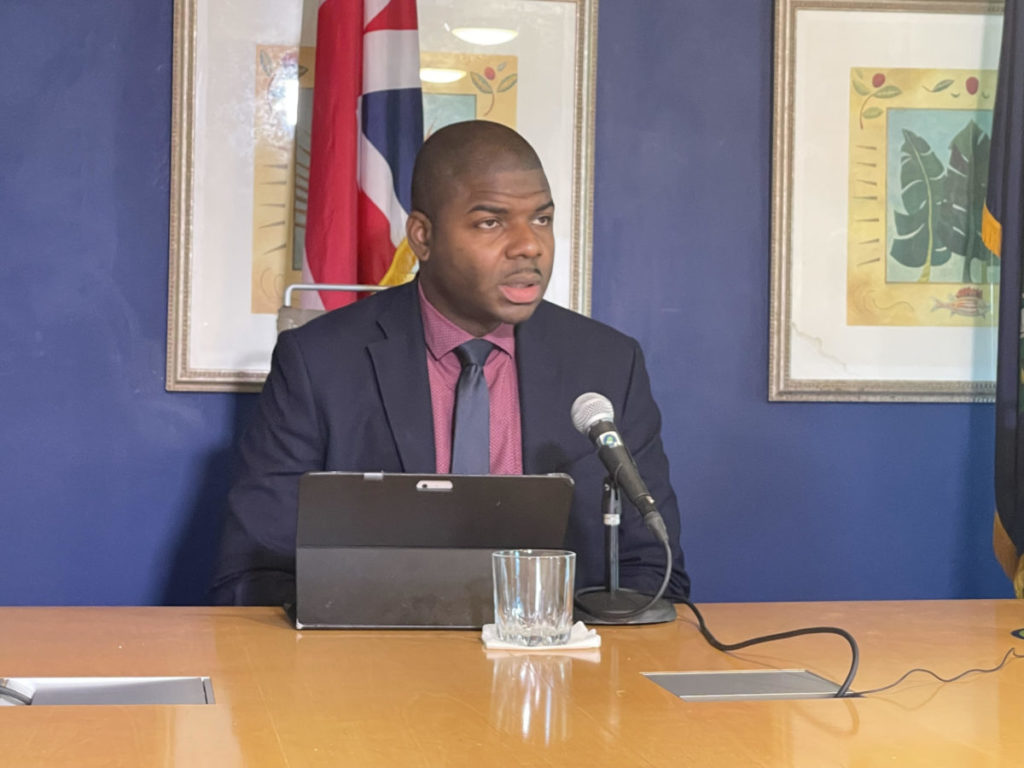 Premier Dr Natalio Wheatley has said he did not use the opportunity on his visit to the United Kingdom to discuss the removal of the Order in Council that the UK government has on stand-by to suspend the Virgin Islands constitution.
Speaking at a press conference earlier this today, the Premier said it was not the time for that.

However, he said he had open and fruitful discussions with the Overseas Territories Minister, Amanda Milling.

Dr Wheatley noted that these discussions revolved around fiscal flexibility to help ease the burden that Virgin Islanders face because of inflation and other global issues. However, he said the burning question of the Order in Council was not on the agenda.

“There was not any attempt at this particular visit, but it will be a subject for the Joint Ministerial Conference that will take place in November. We had some very open discussions and considering where we are in the process, we have to build more confidence in the United Kingdom that we can follow through on our commitments. I made it very clear that we are resolute and will go forward with the reform programme. So, it was necessary to build the confidence in the United Kingdom government and the people of the Virgin Islands that we are serious in following through,” Dr Wheatley said.
#the Virgin Islands