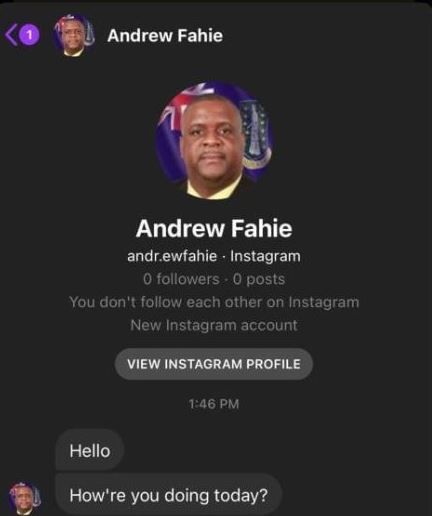 The public has been warned not to engage with fake accounts purporting to belong to Premier and Minister of Finance, Honourable Andrew A. Fahie.

“Some members of our community have drawn to my attention that fake Facebook and Instagram accounts purporting to be me are once again in circulation,” Honourable Fahie wrote on his Facebook page on Friday, February 12, 2021.

The premier said those who are familiar with him know his real accounts and urged persons to act if they suspect they are being contacted via a fake account.

“I would appreciate your help where if you detect one of these fake accounts, please assist by reporting it as fake to the relevant platform and drop me a note so that I too can report the fake account.

“Please also do not engage with these fake accounts because it is my understanding that if you reply to their messages of click on the links in them they can steal your contact lists and spam your contacts,” Honourable Fahie stated.

“Yep.. it's couple of you guys. You, Vincent Wheatley and Carvin Malone,” one Facebook user said.

Another, by the name of Masa Pasa, seemingly joked: “Oh man, I thought it was you. We had a great conversation about a piece of crown land up Spooner side.”

Meanwhile, the Facebook account of the Speaker of the House, Honourable Julian Willock, was also hacked on two occasions. 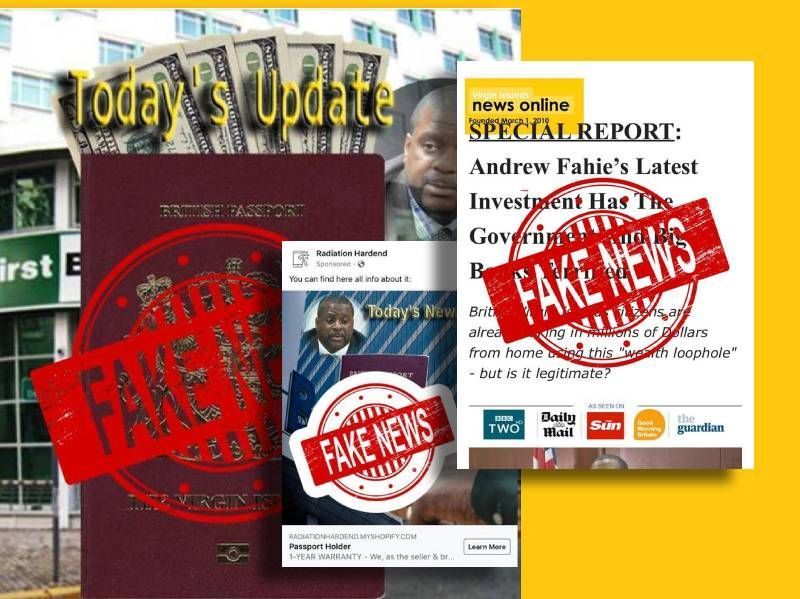 In one of the fake news articles with the headline, 'SPECIAL REPORT: Andrew Fahie’s Latest Investment Has The Government And Big Banks Terrified,' it shows Virgin Islands News Online (VINO) as the source, however, the Premier has debunked it as completely fake. 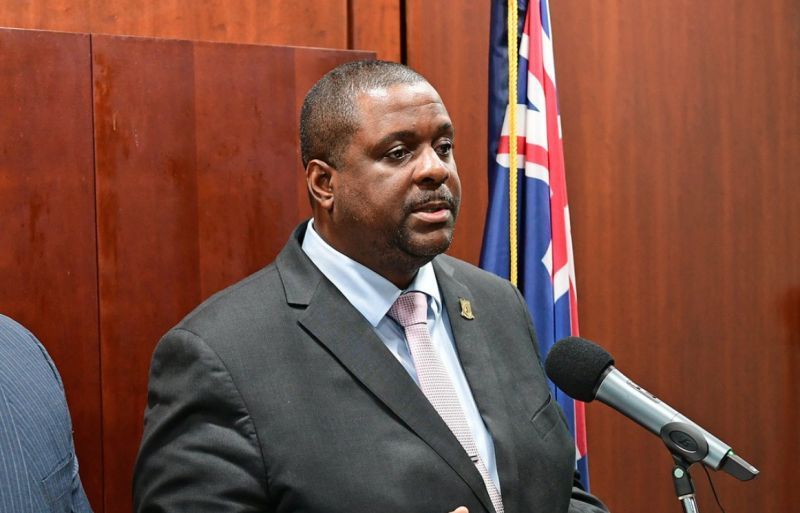 According to Premier and Minister of Finance, Hon Andrew A. Fahie, those who are familiar with him know his real accounts and urged persons to report to the relevant platform as well as alert him if they suspect they are being contacted via a fake account.

It was back in July 2020 that the Premier found himself to be a target of an online phishing campaign designed to get Virgin Islanders to make investments into offshore businesses, including a bakery and the cryptocurrency market.

In one of the fake news articles with the headline, “SPECIAL REPORT: Andrew Fahie’s Latest Investment Has The Government And Big Banks Terrified,” it showed Virgin Islands News Online (VINO) as the source.

Virgin Islands News Online (VINO) had never published any article relating to the subject but alerted the public that phishing campaigns are designed to steal data and information in addition to defraud victims.