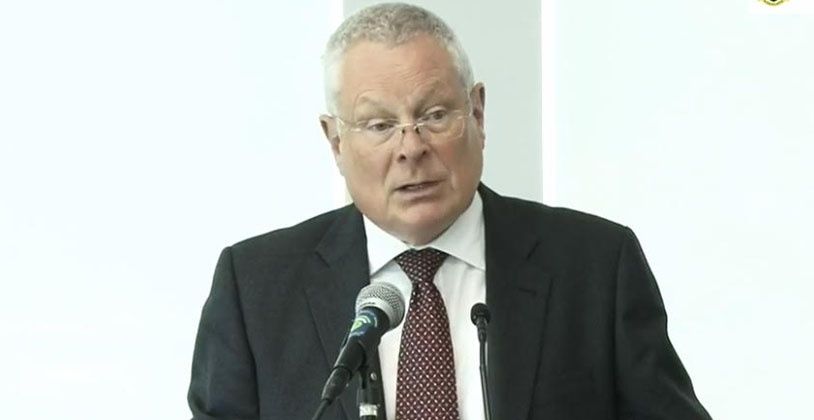 Premier Fires Back At CoI On Delayed Documents

Premier Hon. Andrew Fahie has rejected recent criticisms by the UK-backed Commission of Inquiry (CoI) that the tardy submission of documents have led to the delay in hearings.
“It has always been the wish of the elected Government to provide the full facts to the Commission and public officers continue to look for and find relevant documents," Premier Fahie in a statement issued today Monday October 4.

On Friday October 1, BVI Platinum News reported that Commissioner to the Inquiry, Sir Gary Hickinbottom is again irked by the slow pace that requested documents are coming from the Government through the Inquiry Response Unit (IRU). In fact, the matter of late submission of documents from the IRU has continuously been an issue for the CoI.

However, Premier Fahie in today's statement said, “regrettably, the Commission has sometimes given the impression that it does not welcome the provision of additional evidence, however illuminating or important. We anticipated that the Commission would once again have criticisms to make about the provision of these documents. However, hard pressed public servants have worked hard to locate and retrieve them and have simply been trying to do their duty."

Speaking directly to the recent criticisms, the Premier explained that on Friday October 1 the Government provided a further quantity of documents to the Commission of Inquiry – around a thousand pages, "their discovery was the result of continuing intensive efforts by the public service of the Virgin Islands to find any and all evidence which might be helpful to the Commission in its work."

It also stated that this is on top of 9,000 documents, totalling 130,000 pages, and dozens of affidavits provided to the COI in response to its requests already, a very time-consuming task which has soaked up a huge proportion of the administrative capacity of the public service while a continuing global health emergency continues to rage.

“It was also puzzling that on Friday the Commission was heavily critical of the Government for missing a deadline for the provision of other information, due by 4pm and provided at 10am the following day and stated that this delay required the Commission to postpone part of its hearings by two weeks," Premier Fahie said.

He went on to state that, it seems extraordinary that the Commission should say that it needs a fortnight to assess thirty pages of evidence, "when Ministers and public servants are regularly given a week or less to produce or respond to hundreds, and sometimes thousands, of pages of documents and are even expected to comment in the witness box on documents they have not seen and of which they have received no notice.”

Last Thursday, Sir Gary had stated that the delay could affect the following day's, October 1 hearing. Subsequently, on Friday, the CoI announced that the hearing had to be postponed.
#Commission of Inquiry  #the Virgin Islands  #Hickinbottom  #Fahie  #CoI