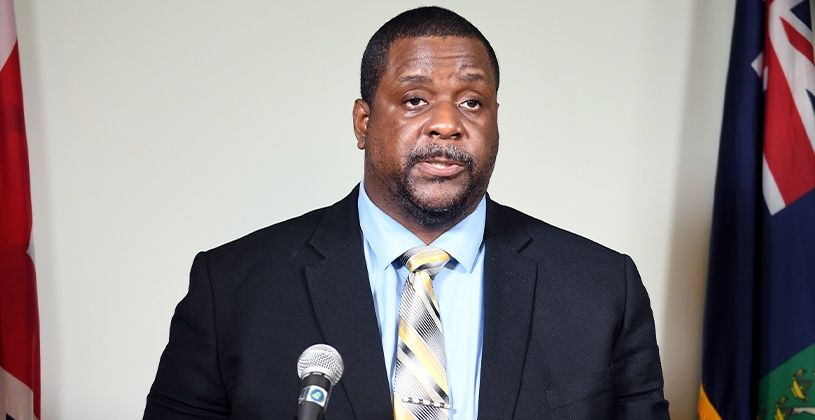 Premier and Minister for Finance Hon. Andrew Fahie was also delinquent in declaring his interests to the Registrar of Interest, his appearance before the ongoing Commission of Inquiry (CoI) on Friday, June 18 has revealed.

However, he is insisting that this does not mean he and his colleagues are rogue.

According to information from Counsel to the CoI Mr. Bilal Rawat, in 2015, he submitted his declaration two years late, and in 2018 he was 10 months late.

He added, “It isn’t because we don’t think it is important, it isn’t because we are rogue representatives, it is one of those things that just happen over the years that we intend to fix now. I am not going to let this one thing define the territory or define us.”

Premier Fahie admitted that the Register of Interest Act was not given the level of importance that it deserves compared to other areas of importance.

“Every member, even late they still ensured that they file and filed accurately as far as I am concerned. I don’t have everyone’s file, but based on what I am hearing. But we also show we are open to criticism with it to make sure that we get better because we are the ones who went and made this public to yourself because the law originally did not allow the CoI to go to the Registrar to get any information. So we knew that going into it, some of us would be late and you would find this, but to assist the CoI, because we have nothing to hide, we went as a legislature, all of us, Government and Opposition agreed to get this legislation amended to give you access,” he said.

The Premier pointed out that the legislature was aware the late submissions would surface, but tweaking the law to facilitate the CoI was being done at the same time that they were strengthening other good governance legislation.

“We may be delinquent in this area, which we are, but we are making every effort to come in line with it, but we have also shown in other areas that we are doing what we have to do,” he said.

No Regard For The Law

Meanwhile, Mr. Rawat reasoned that the point is not what may happen in the future or what changes may come in the future.

“You can set up a unit to remind every member that they have to comply with their obligations; a calendar on a computer can do the same thing. What I am going to suggest to you is that the evidence that the Commissioner has heard regrettably are an example of this: is that irrespective of party, irrespective of experience, irrespective of the length of time in the House of Assembly, repeatedly, this is an obligation, a statutory obligation. Members of the HoA, current and past simply had no regard for, and the Registrar as the person reminding them was someone that they simply had no regard for,” he said.

Premier replied that this was his conclusion, but he did not see it that way.

“You have flagged an area, and rightfully so that needs improvement, and I will sit right here and admit to that. But what I can’t sit and do with our busy schedule, no matter what side of the aisle we sit on, is that, is that reflects the nomenclature of the elected representatives and this HoA or the past HoA,” he remarked.