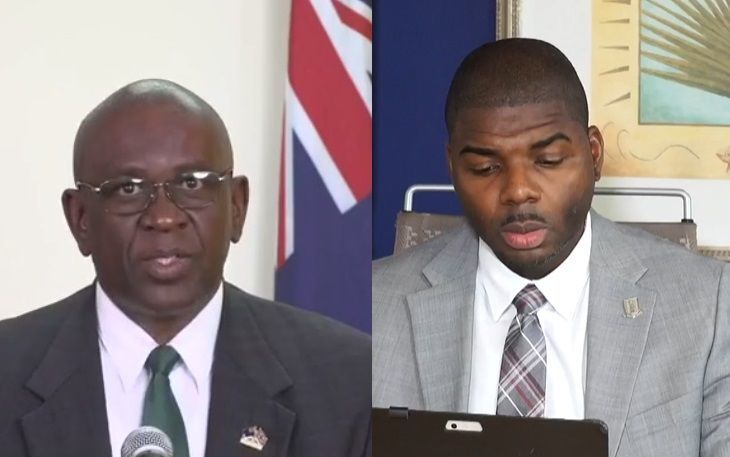 Premier slams Hon Malone over statements about 'coup' in VI

Premier and Minister of Finance, Dr the Hon Natalio D. Wheatley (R7) has slammed now Opposition Member, Hon Carvin Malone (AL) over statements that the Government of National Unity was selected as a result of a ‘coup’ in the Virgin Islands.

While Hon Malone was a guest on the August 11, 2022, episode of ‘The Narrative’ talk show with host Calistra Farrier on the VI and other current matters in the territory, he was asked about the state of politics in the VI.

He responded, “Right now it's been clouded with this Commission of Inquiry because, at the end of the day, you will recall that after the events of April 28 within a five-day [period], whether it's questionable or not, we were able to… form a coup, for lack of a better word.”

Calling inaccurate information a disservice to the general public, Dr Wheatley, while not naming the legislator, slammed the statements.

“I was highly disappointed recently to hear persons on the airwaves just last week saying that the current reform process is the product of a coup here in the Virgin Islands, that brought the Government of National Unity to power,” Dr Wheatley stated during a press conference today, August 26, 2022.

“No coup has occurred in the Virgin Islands and it is important that persons not spread such falsehoods, which is highly irresponsible, especially by persons in elected office,” he said.