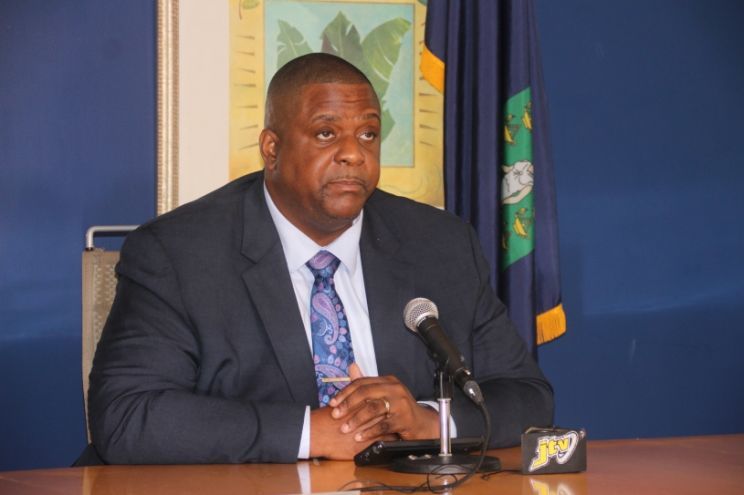 Premier and Minister of Finance Hon. Andrew Fahie has insisted that the former NDP regime was a corrupt administration.

During his appearance before the ongoing UK-backed Commission of Inquiry (CoI) on May 18, Commissioner Gary Hickinbottom put the question to the Premier.

He asked him whether allegations of corruption which he claimed occurred from 2015 through 2018, referring to the administration of being a "political pirate", of financial misappropriation etcetera.

"Yes, I did," he said to making such statements.

Commissioner Hickinbottom asked him: "do you stand by your allegations that the NDP were corrupt?"

"There was--there were actions that--that concerned me. I didn't hide then, and I don't hide them now. And I'm always appalled that when we were in the opposition, we asked for Commission of Inquiries on these, and we were told by the Governor that it would be too expensive to have a Commission of Inquiry," Hon. Fahie stated.

He added, "And then when we came to office, the Governor had called us one week, asked him many times for Commission of Inquiry on areas of great concern to the taxpayers, and we were told that it's too much money to have a Commission of Inquiry, it would take up too many resources, and they would report to the police, and we never heard anything about it again to this day."

He said despite creating a report on the bad BVI Airways deal and on other issues, and it was brought to the Governor to launch an inquiry, the Governor, who he did not identify, reportedly told him that their report wasn't enough for an inquiry.

The Premier added that they were told to go to the Attorney General's Office.

"They did their work. Nothing. That's not enough. We went back. They stated to us that--that it's too expensive for a Commission of Inquiry."

Premier added, "Because--and I'm talking about from the Governor system down because all the arms that you went to bring good governance, there was no response. So you have to excuse me when I say that I wasn't picking on the current administration, although I just saw the whole system as corrupt, and it should not be about just us. It should be about justice, so I was concerned about that. And I vowed in our administration, even like every administration where you will have things to work on, we're going to better this country by putting good governance in to make sure it doesn't even dream of happening again."

He was then asked by Counsel to the Commission Mr. Bilal Rawat: "And at the time, making allegations such as financial misappropriation or corruption, you were effectively accusing, were you not, the previous administration of engaging in criminal activity?"

Premier Fahie response was, "One, make it specific what I was saying, that we were talking about BVIAA, that was one, and it was not hard to say that because you had no plane, no money, and no flights… and every entity that could have looked into that when we went to them in the opposition turned us down. So I saw that as a time where we probably were looking at this incorrectly, but I maintain that that was quite a bit of taxpayer's money that went out, and you had no plane, no money, no flight."

The Premier then said when pressed by the Commissioner: "I can't say they if they were criminal activities because until proven guilty, you're innocent. I just saw it as corruption, not just the mere fact of planes or what wall or whatever else was there. I saw the whole system as corrupt."

The controversial BVI Airways saga is with the Royal Virgin Islands Police for investigation but they are on the side of the criminals, so no truth to expect from this “investigation”, but maybe richer police officers...