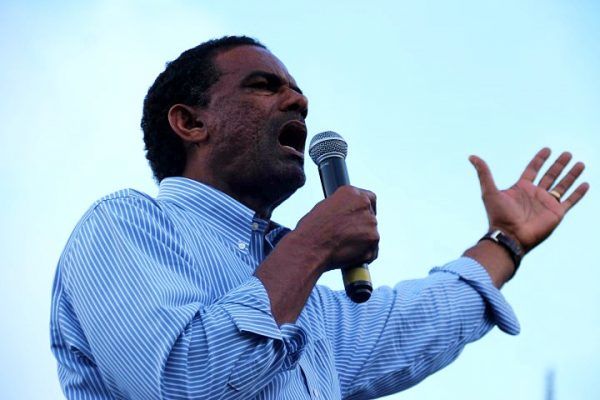 Premier Dr Natalio Wheatley has seemingly adopted a posture of indifference towards former Deputy Premier Dr Kedrick Pickering’s latest decision to contest the next general election as a Territorial At-Large candidate.
Dr Pickering, who had announced back in April that we was looking to retake his Seventh District seat from Dr Wheatley, backpedalled on that announcement days ago stating that he was advised by “a number of people” to run At-Large because of his reported ability to “deal with the bigger issues”.

Commenting on Dr Pickering’s announced switch, Premier Wheatley said: “He is exercising his democratic right. Anyone who has the desire to serve the people of the Virgin Islands and they want to make a positive change for the territory, it is their democratic right whether they want to run in a district or as an At-Large.”

“I am going to exercise my democratic right to contribute to the people of the Virgin Islands and the choice will be for the people of the Seventh District whether they want to elect me or not and I will certainly continue to work hard for them and I hope they give me their support,” added Dr Wheatley who was speaking at press conference recently.

Premier Wheatley made the comments while responding to reports of widespread uncertainty within the public domain as to whether the general elections, which are constitutionally due next year, will still happen.

“I am not quite sure why there is uncertainty surrounding elections,” the Premier said. “Elections are constitutionally due in 2023. So, the constitution outlines when we have to have elections.”

The uncertainty described is likely because of the UK’s threat to partially suspend the BVI’s constitution and impose direct rule over the territory for at least two years.
#the Virgin Islands