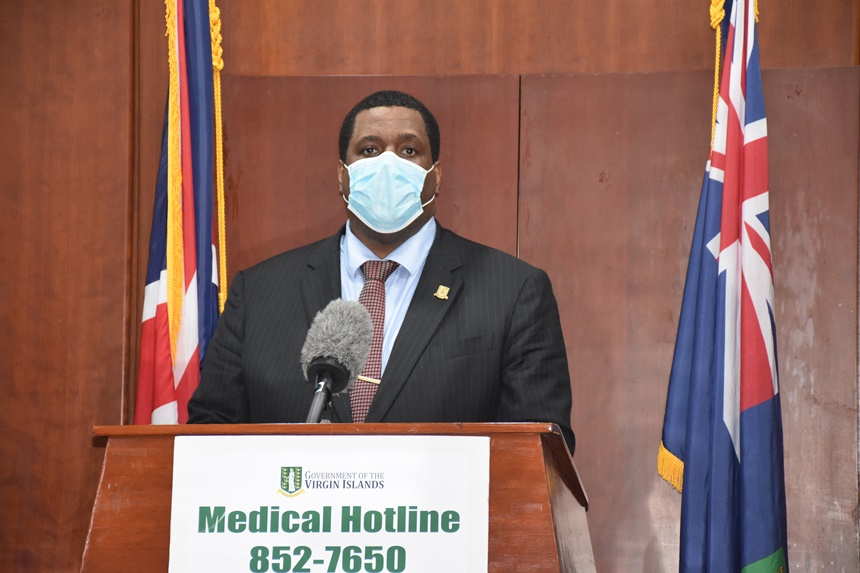 Premier Andrew Fahie said he is in receipt of a petition from outraged members of the business community but does not feel pressured to move quicker in unveiling a plan for the December 1 reopening of the territory.

On October 4, members of the local business community launched the petition after claiming their proposed protocols for the territory’s reopening were rejected by the government.

Among other things, the petition called for the government to include business leaders in the decision-making process and deliver “the protocols which inform the reopening of the territory on or before 9th October 2020”.

In an a radio interview with ZBVI, Premier Fahie said he welcomed the petition. He said it will be used to ‘add value’ to the draft protocols his government already has.

We can’t afford to experiment with new ideas

Fahie further said the BVI is taking best practices from other countries as the territory cannot afford to experiment with new ideas in managing the COVID-19 pandemic.

“This pandemic is not static. No one has all the solutions on how to handle this pandemic. We have seen persons in many countries experiment with ideas based on assumptions. In some cases, things have worked out but when they go wrong, the results have been devastating and even fatal,” he stated.

“As countries, we are learning from each other and using that knowledge to build and to eliminate options that do not work. What works in other countries may not work in all,” the Premier explained.

Fahie said the petition has been sent to the BVI Tourist Board for them to use in enhancing the draft protocols the government is working on.

But earlier this week, Chaunci Cline — a member of the BVI Chamber of Commerce & Hotel Association — said the BVI Tourist Board had already seen and embraced the proposed reopening protocols before they were rejected by the government.

In the meantime, Premier Fahie said the petition shows that democracy is at work but said no one has all the answers

“No one is a specialist in COVID-19 so we have to look at best practices around the world and some of them may not fit us but we have to continue to look at what others are doing, come up with our own ideas and fit them in a way that balances our economy and keep us safe,” Premier Fahie said.