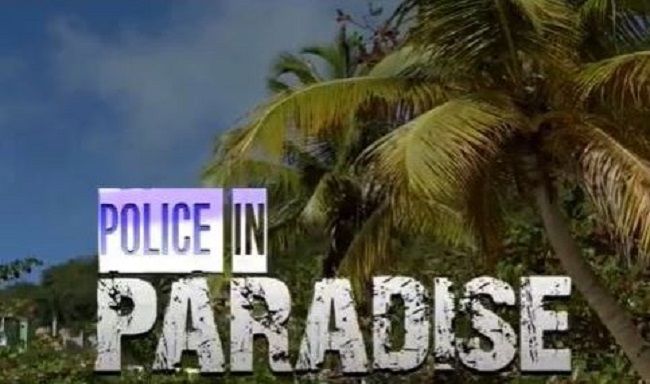 It remains unclear if a promised investigation into the production and subsequent leaking of the now controversial ‘Police in Paradise’ recruitment video was ever carried out in the Virgin Islands (VI), some three months after the video caused widespread controversy in the territory.

In late June 2022, the 5-minute video clip created by UK media company ITV surfaced online and drew widespread criticisms from the VI public for portraying the territory as a destination plagued by crime, drugs and violence, despite the VI being one of the safest places in the world.

The graphic video included interviews with several police officers, including Acting Deputy Commissioner of Police Jacqueline E. Vanterpool, who said ‘Nature’s Little Secrets’ does have issues of crime such as drugs and theft.

UK national and Commissioner of Police (CoP) Mark Collins, also commented that the VI can move from a paradise to one with of ‘muck and bullets.’

The commissioner followed the leaking of the video and statements with an apology and an explanation that the clip was produced originally for use as a recruitment video for officers from the Caribbean and the UK.

Premier Dr the Hon Natalio D. Wheatley in a July 21, 2022, sitting of the House revealed that Cabinet requested an investigation into the video, and he personally followed up the request to the Governor for an investigation ahead of the matter being discussed at the National Security Council. 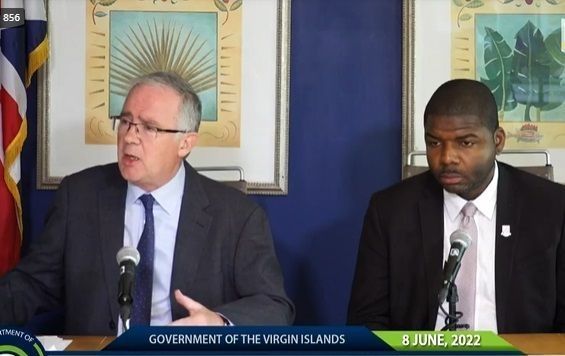 Premier Dr the Hon Natalio D. Wheatley in July said Cabinet requested an investigation into the video, and he personally followed up the request with another to Governor for an investigation on the matter. 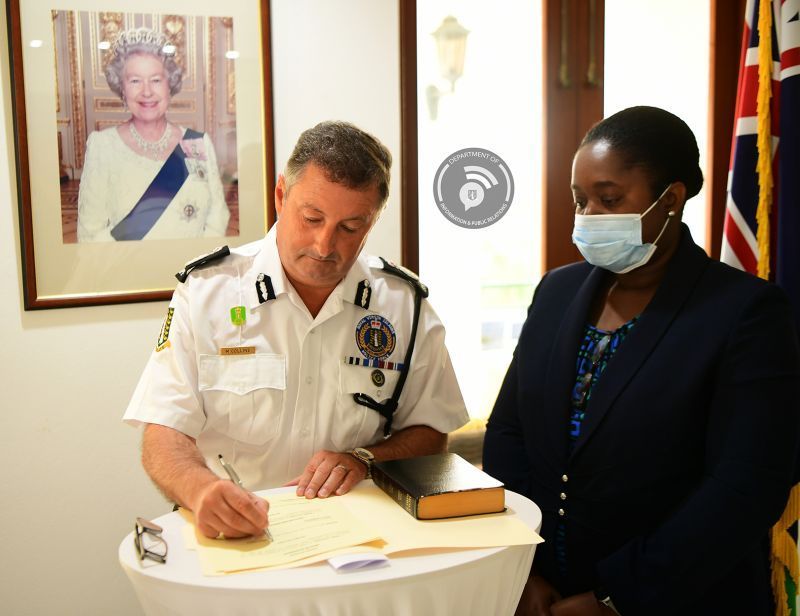 Commissioner of Police Mark Collins, left, apologised to the public for the video, but tried to cast the blame on the leaker of the video.

However, some three months later and when contacted about the status of the investigation on September 21, 2022, no response was revealed from the Premier up to publication time.

While the Top Cop had indicated that permission was sought in advance from the relevant authorities, including the BVI Tourist Board & Film Commission (BVITB) specifically for the intended purpose, the BVITB stated it never gave any permission for such a video to be made in the territory.

Collins had also argued that the video was never intended for public consumption.

While offering an apology on behalf of himself and the force, Cop Collins added, “I am even more disheartened that the people of this Territory have to endure additional distress and trauma in this already very difficult time.”

The commissioner continued that he was “saddened by the actions taken to bring me and the Force into disgrace,” as he apparently tried to shift the blame on the leaker of the video.