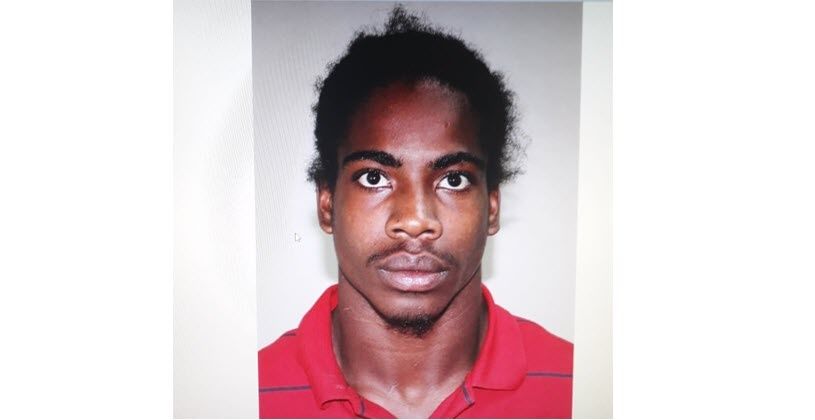 High Court Judge Richard Floyd has ordered Khori Prince to serve 38 months for escaping legal custody, damaging property, as well as his involvement in the 2018 burglary of Mi Amor Jewelry Store.
“This is a very serious crime. Breaking into a Jewellery Store and removing so much stock as to effectively destroy the business was a terrible thing to do,” the high court judge said in a written judgement issued two days ago.

He continued, “Local businesses must be protected and encouraged to carry on their trade in the community. A message of deterrence must
be sent specifically to this offender and to anyone else who would consider acting in this fashion, that such behaviour will not be tolerated and
will be met with severe punishment, including lengthy incarceration.”

Prince was sentenced to six years on the burglary charge; however, credit was given to him for time already spent in prison, which reduced the sentence to three years and two months or 38 months.

He was charged with two counts of Escape Lawful Custody, the first sentence issued was three months and the second, one month.
On the fourth charge, Damaging Property, he was sentenced to one-month imprisonment.

“Since all counts are interrelated and arise from the same series of events and transactions, the sentences are to be served concurrently. The total sentence imposed as of today’s date is, therefore, imprisonment for a term of three (3) years and two (2)months,” the judge stated.

Notably, the judge informed that in considering the factors, he took into consideration that Prince has no record as an adult.

The 22-year-old defendant, the judge contended, “obviously lacked maturity at the time of offending. The defendant is therefore a candidate for rehabilitation. The sentence he receives should be crafted so as not to crush him, leaving him without hope of reintegration back into society.”
Prince has been incarcerated since January 30, 2019.

Prince escaped custody on January 18, 2019, while he was waiting on his court appearance for the burglary offence. He was at large for 13 days and when he was recaptured on January 30, he damaged a pair of handcuffs valued at $70 and escaped again, but it was short-lived, as he was recaptured shortly after by the police.

He entered guilty pleas for the two counts of Escape Lawful Custody and damaging property. For the offence of burglary, he was found guilty following a trial.

During the burglary, a significant amount of gold, diamonds and other precious stone jewellery was taken, along with$200 from the cash pan. The total loss had an estimated value of $500,000.00, the court document stated.

Prince’s brother Dajshon Benjamin was also charged with handling stolen goods, possession of 13.2 grams of cannabis and harbouring Prince while he was on the run.