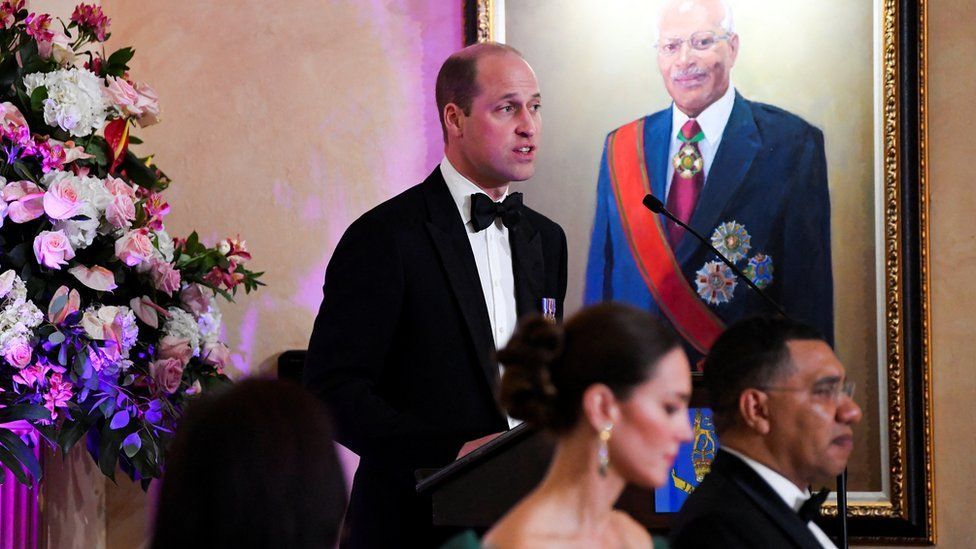 The Duke of Cambridge condemns the slave trade, saying it "forever stains" the UK's history, but offer no reparations for the fortune he himself enjoy from the slavery business.

The Duke of Cambridge has spoken of his "profound sorrow" over slavery during a speech at a dinner in Jamaica.

Prince William said slavery was abhorrent, "should never have happened" and "forever stains our history".

Earlier, the island's prime minister, Andrew Holness, told the future king his country planned to pursue its goals as an independent country.

On the fifth day of their Caribbean tour the duke and duchess also visited a hospital and school.

Speaking at a dinner hosted by the Governor General of Jamaica, Prince William praised the spirit of the island that "makes it so special" as well as addressing the UK's role in slavery.

"While the pain runs deep, Jamaica continues to forge its future with determination, courage and fortitude," he said.

The prince added the Queen had a deep affection for the country and said he had been touched to hear from Jamaicans about their affection for his grandmother in her Platinum Jubilee year.

"Sorrow" is not "sorry". Some will be disappointed about that. But "sorry" would have been a different order of magnitude, carrying with it acceptance of responsibility and opening up the question of financial compensation.

Hardly surprising then that Prince William didn't go that far. That would be a job for government, not royalty.

When I spoke to Jamaicans earlier in the evening in Emancipation Park in Kingston there was a lot of thought about slavery, but little in the way of anger.

There was talk of pain, but also an acknowledgment that this generation of Jamaicans is a long way from the generations exploited by plantation owners during colonial rule. It was those who suffered then that deserved an apology, one young woman said.

This has been a particularly political part of the Caribbean tour. With his speech, William tried to deal with some of the issues about Britain's past in Jamaica.

But the prime minister has raised a big question about the future of the Royal Family in a truly independent Jamaica.

There have been calls in Jamaica to drop the Queen as head of state and the royal visit has seen demonstrations urging the monarchy to pay reparations for the slave trade.

Mr Holness, who campaigned on a platform of making Jamaica a republic, told the duke there were "unresolved" issues but said that the royals' presence gave an opportunity for those to be addressed.

He said Jamaica was "moving on" and added: "We intend to attain in short order our development goals and fulfil our true ambitions and destiny as an independent, developed, prosperous country." 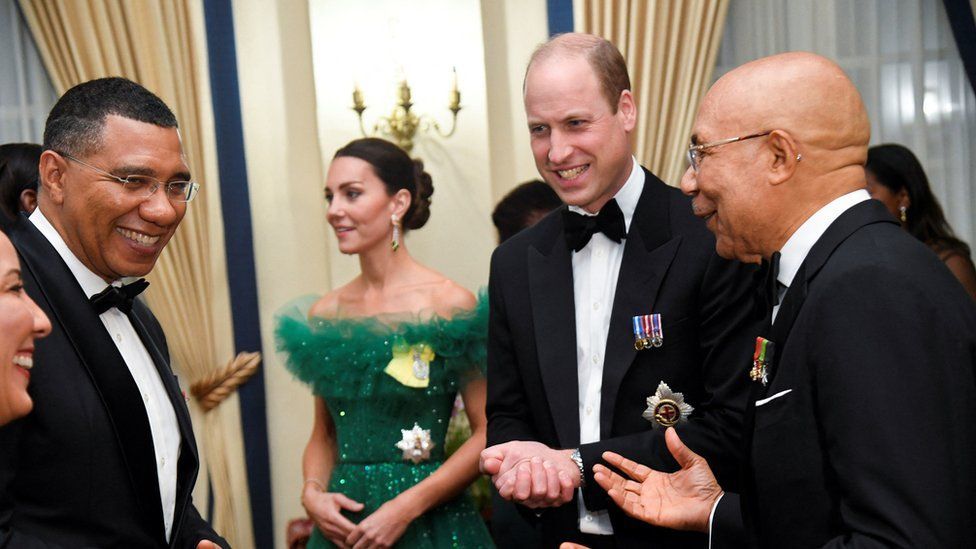 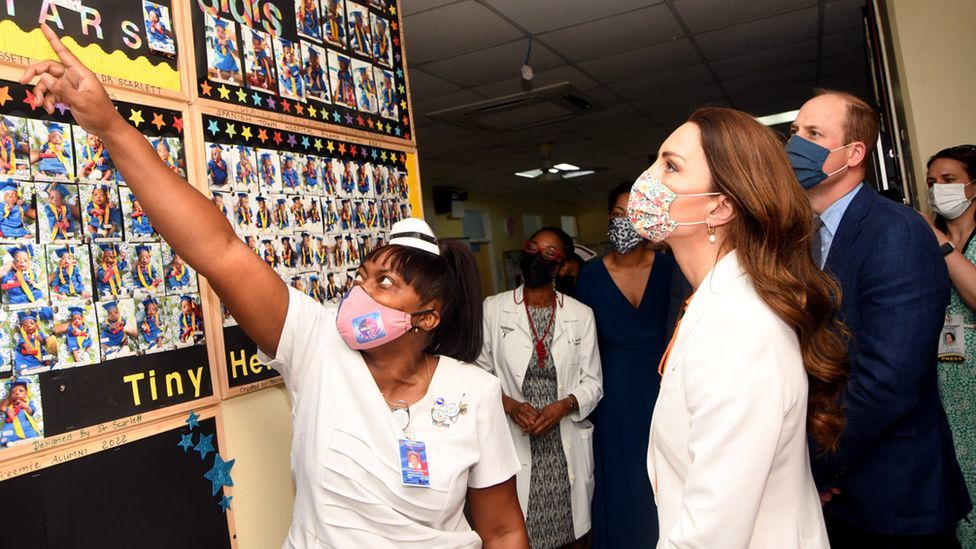 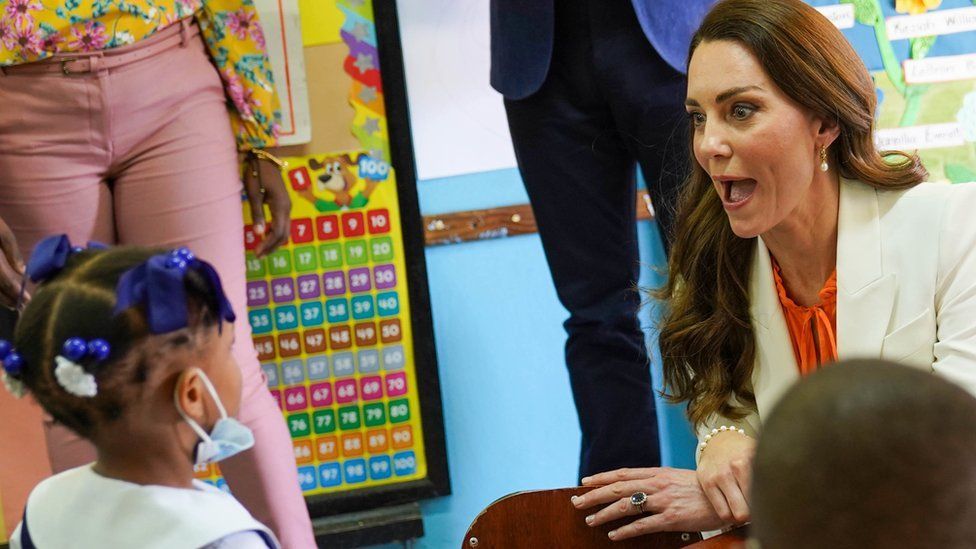 Last year, Barbados officially removed the Queen as its head of state in a ceremony attended by the Prince of Wales.

In a speech to mark the occasion Prince Charles acknowledged the "appalling atrocity of slavery", something his son referenced during his own address in Jamaica.

Earlier on Wednesday, the duke was joined by his wife, Catherine, Duchess of Cambridge, for a visit to Spanish Town Hospital and Shortwood Teachers' College where they met staff and students.

At the hospital the duke revealed both he and his wife had received three Covid vaccines and described staff as "total heroes" as he asked them to look after their mental health.

They also visited the Caribbean Military Technical Training Institute, near Montego Bay, where the duchess forced her husband off the road as he tested his skills in a driving simulator.

In his speech the duke said the couple wished they had more time to spend in Jamaica and said they hoped to come back with their children.