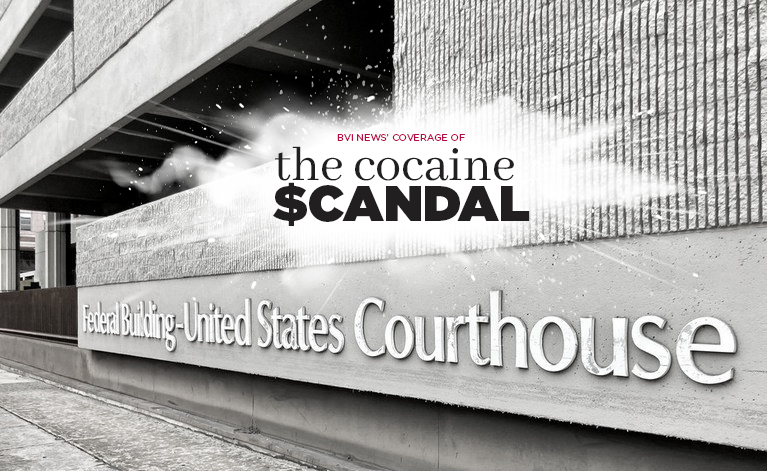 One of several reasons cited by Magistrate Judge Chris McAliley in denying bond to drug smuggling accused Kadeem Maynard, was the fact of several previous extradition failures to the United States involving accused persons from the BVI.

Judge McAliley noted that although the BVI does have an extradition treaty with the US, prior denials of extradition in similar circumstances, combined with the lengthy approval process requiring authorisation from the United Kingdom, would seriously complicate the extradition of Maynard from the BVI if he chose to abscond.

He was denied bond when he appeared before a Florida court last Thursday and ordered remanded until a scheduled trial on January 17, 2023.

Fahie and the Maynards were arrested in a sting operation by the U.S. Drug Enforcement Administration on April 28. Kadeem was arrested in St Thomas, USVI while Fahie and Oleanvine were arrested separately at a Florida airport after going to inspect what prosecutors alleged were fake bribe payments.

The court, in a ten-page document, found that the prosecution established with evidence that there were no conditions or combination of conditions that would reasonably assure Kadeem’s return to the court as required.

The court said Maynard‘s alleged conduct was extremely serious given that he coordinated and participated in meetings between Fahie and the former Ports Director for the purpose of allowing safe passage of tens of thousands of kilograms of cocaine to and from the BVI on behalf of the Sinaloa cartel, for an enormous profit.

Kadeem also allegedly arranged for payment in the form of cocaine, demonstrating that he knows how to distribute significant quantities of cocaine and has relationships with others who could help accomplish that goal, Judge McAliley noted.

“These circumstances create a powerful incentive for the defendant to flee prosecution in the United States and he has the means to accomplish this,” the Judge said.

The judge accepted the prosecution’s argument that Kadeem owns a boat and has the means and skill to use a vessel to leave the United States and travel to a country that does not have an extradition treaty with the United States. Prosecutors also said he has access to private aircraft and has travelled extensively.

It was further noted that Kadeem has the sophistication, connections and means to acquire false identification documents and to otherwise access assistance to avoid the jurisdiction of the court.

Life of comfort and privilege

Judge McAliley also noted that Maynard was never arrested or convicted before and said this served as a factor in his favour.

Despite this, the court noted that Maynard appears to have lived a life of comfort and privilege, and was very concerned that he would be unwilling to appear before the court knowing the high likelihood that he may be ordered to serve a lengthy period of incarceration.

According to the court documents, the Court found that Kadeem held no meaningful ties to the US district. This is despite Kadeem advising the Court that he resides in both Baltimore, Maryland in the US and Tortola in the BVI.

“The government advised that it searched for international travel records of the defendant travelling to or from Maryland, between 2008 and April 2022, and found nothing, which creates doubt about where defendant lives,” court documents stated.

It was further noted that Kadeem’s wife recently booked a hotel in Miami for three months, until October 2022. But the Judge said this temporary connection to the district does not assure the court that the defendant is committed to appearing before this court as required.

The court also heard that Kadeem has no relatives who reside in Florida, and has no employment history there. Most of his family resides in Tortola and St Kitts, although he has a brother who lives in Washington, DC, and another who lives in St Croix, court documents noted.