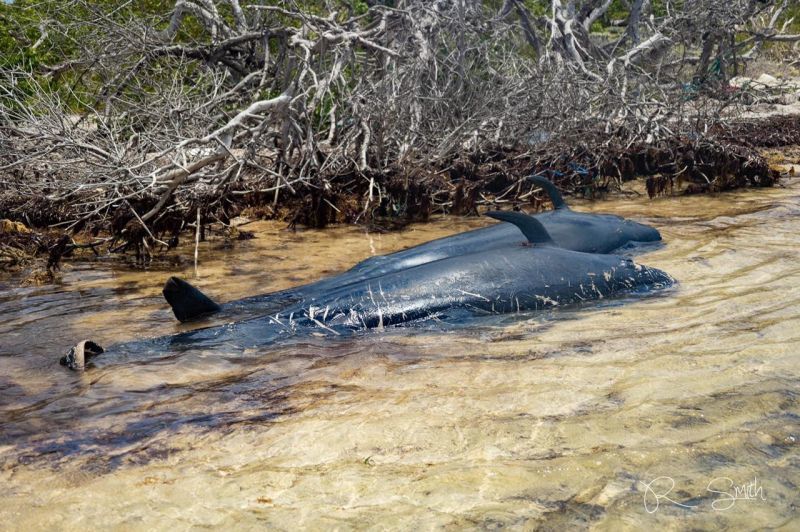 The pod of whales was estimated to be some 150 observed in the area, a press release from Government Information Service (GIS) on July 3, 2022, stated.

Marine Biologist in the Ministry of Natural Resources and Labour, Ms Argel Horton said, “Mass stranding in whales usually occurs in highly social species such as the pilot whales that have been stranded in Anegada over the past few days. They have a herding instinct, meaning that the entire group will most likely stick together even if one is sick or damaged, ultimately leading to the entire pod to strand while trying to support that one. Even if healthy whales are removed from the beached area, they usually return to the shore, as the unhealthy whales will keep calling for help.” 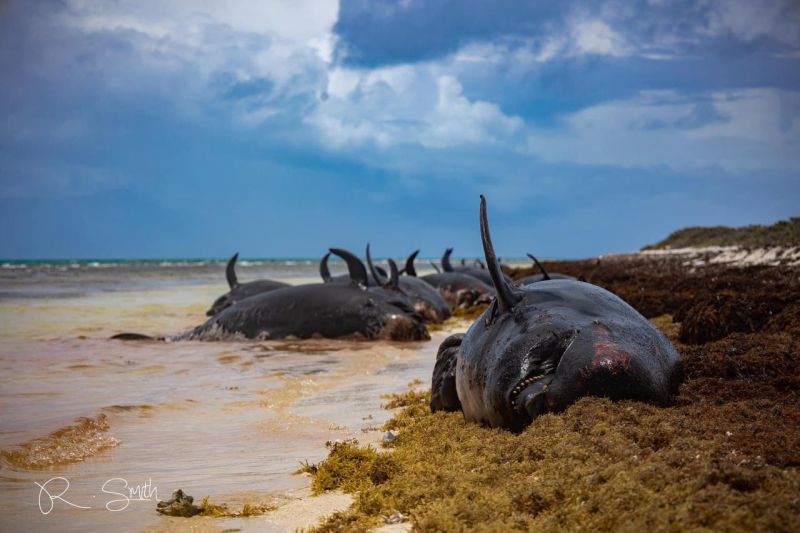 Ms Horton urges residents to be calm and not attempt to drag or pull beached whales out to open ocean as it can cause more harm than getting them to safety as sharks could be in a frenzy state and waiting to attack.

She added, “Unfortunately, survival rates are very low for beached whales and the BVI does not have the captive facilities to nurse giant injured mammals.”

According to the press release, the Ministry, along with assistance from local non-profit organisations, Association of Reef Keepers and Beyond the Reefs, will collect tissue samples from as many dead whales which will possibly help to determine the cause of this mass stranding.

Stay out of water with dead whales

The public is urged to stay out of the water around the dead whales and to notify the Ministry of any more possible sightings of strandings in the Territory.